Things To Do In Singapore

There’s no way of getting away from the fact that Singapore is an expensive destination but that doesn’t mean it has to break the bank when it comes to things to do in Singapore, it just means you need to be a bit savvy and do a little more research to get the best deals and ideas.

We arrived in Singapore laden down with our heavy bags, fresh from leaving the UK as it was our gateway into South East Asia but we also wanted to have some fun after spending over a year of preparing for our family adventure.

The midrange Boss Hotel was our base for the next few days which was affordable as we’d managed to get a discounted rate through Booking.com before we arrived.

It’s located very close to the Kampong Glam or the Arab Quarter of Singapore which is the first on our list of things to do in Singapore.

Free Things To Do In Singapore

Our hotel overlooked this pretty area of Singapore with its old shop fronts and narrow streets.

It has a completely different feel to the high rise modern waterfront areas and retains its old world charm, perfect for exploring on foot.

The Sultans Mosque is the focal and central point with its golden domes and turrets rising above the rest of the surrounding buildings but there’s much more to explore in the surrounding narrow photogenic streets.

If you have no idea what to eat we would recommend Zam Zam restaurant in the Kampong Glam area. A friend introduced us to it and to be honest we ate there every evening, yep it was that good and very affordable too.

Zam Zam is an Indian/Muslim restaurant that’s been in business for over 100 years and it gets busy so get there early or be prepared to wait. It’s a simple affair with plastic chairs and long tables to share but the food is amazing. They are pretty famous for their murtabak which is a dough packet stuffed full of different fillings and our favourite dish there. 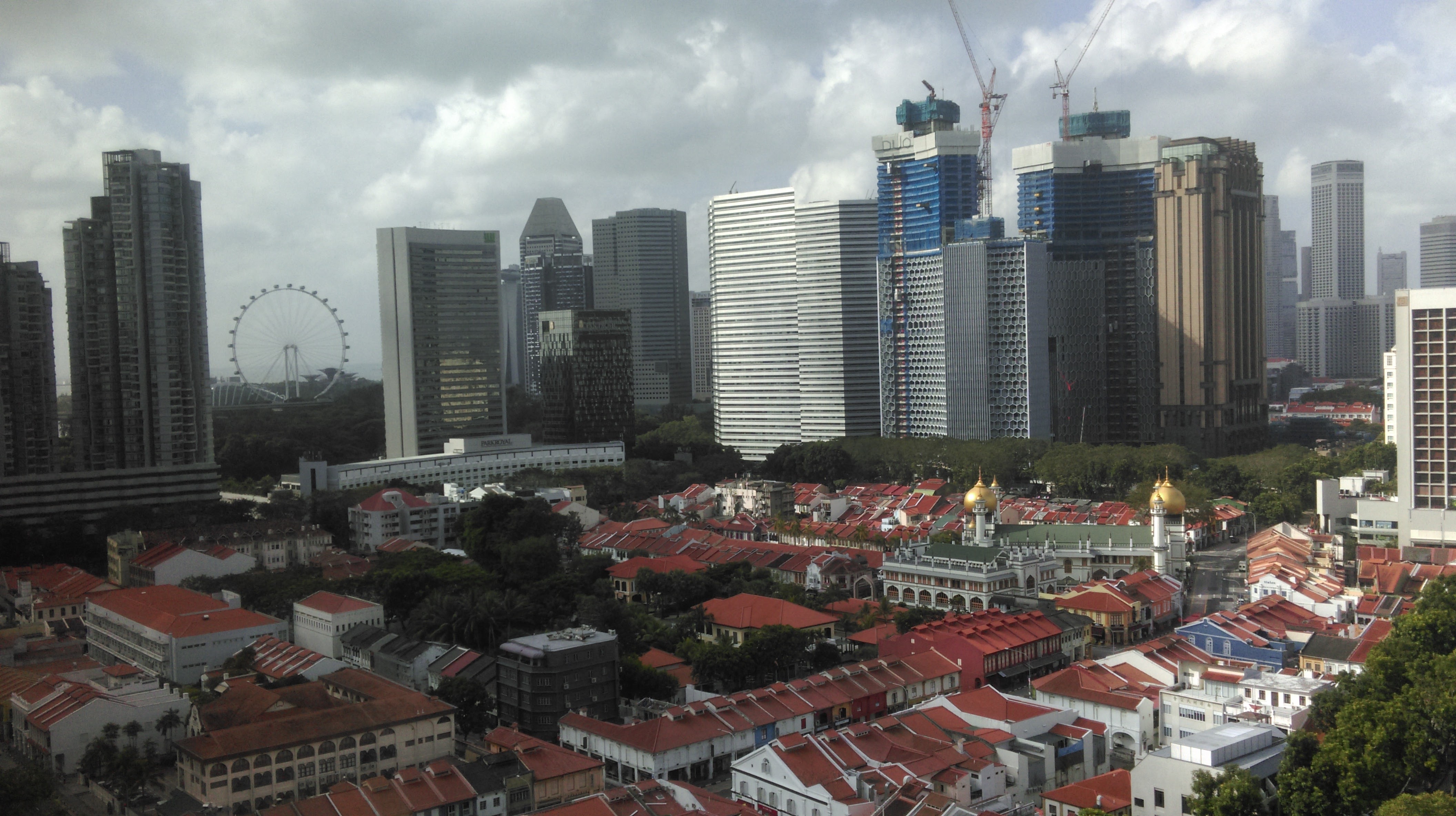 The Kampong Glam Area Of Singapore

Gardens By The Bay

We really enjoyed exploring The Gardens By the Bay and it’s one of our favourite things to do in Singapore which, apart from the indoor flower and cloud forest domes are completely free to walk around and makes for a nice relaxing visit.

We were surprised how long we spent there and if you have children then they will love the play areas and if it’s hot then the water play park is a must. Annabel loved the play equipment and the wooden walkways the most.

The gardens are just a lovely place to hang out and take it easy or walk the paths through the different areas.

There are the most amazing tree sculptures in the centre of the park and in the evening they are brightly lit up with an amazing free light show set to music. 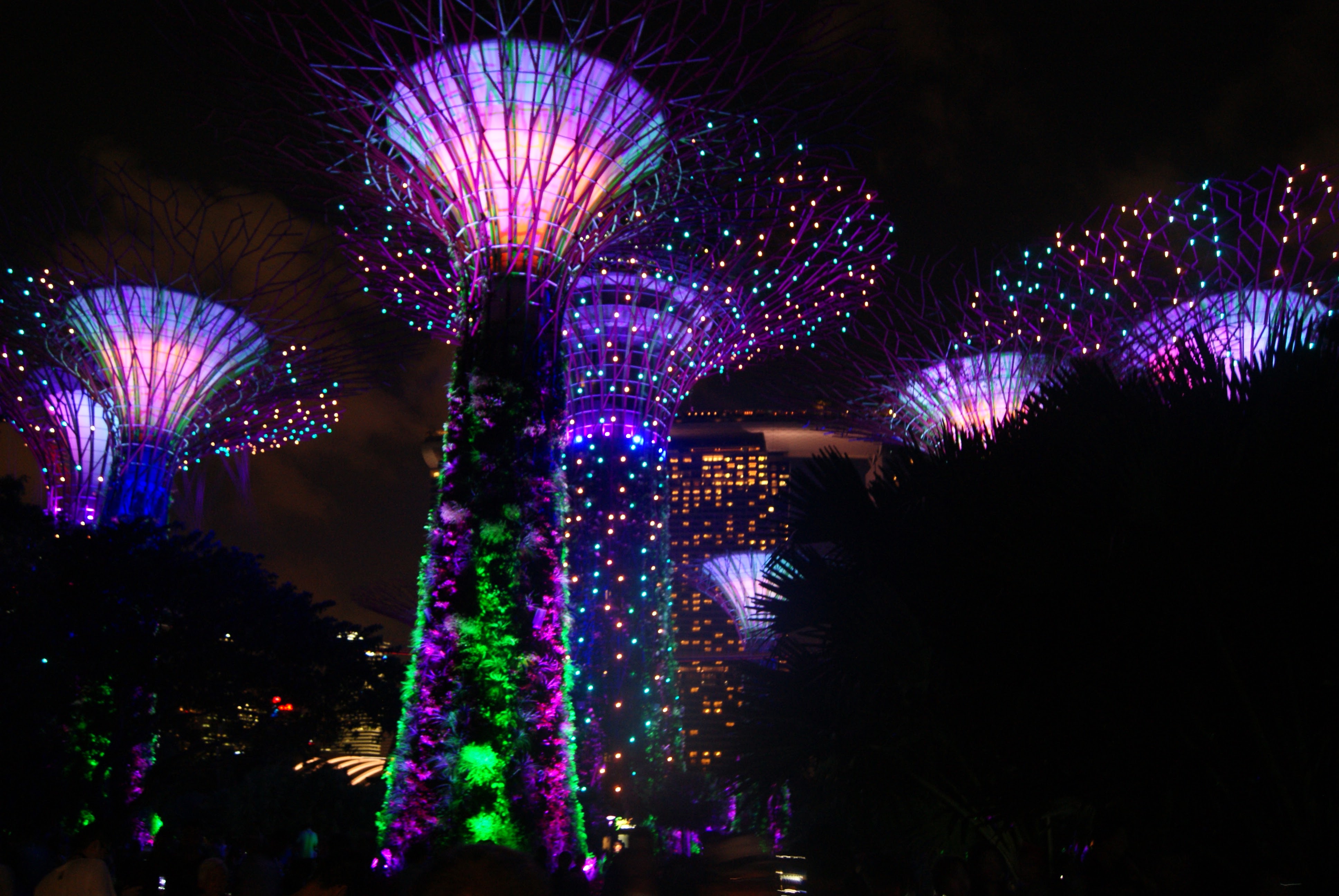 The Amazing Light Show At Gardens By the Bay

This is Annabel’s most favourite hotel in the world ( not that we could afford to stay there) and an icon of the Singapore skyline.

You’ll get a good view of this amazing structure from the Gardens By the Bay area and you can enter the gardens from the hotel.

The Marina Bay Sands has three towers and across the top was built an object that pretty much looks like a boat that contains a deck, gardens and an infinity pool for hotel guests.

We enjoyed just wandering through the hotels ground level looking up at the sculptures and cavernous interior but you can pay a fee to go up to the Skypark which Annabel and Sue did but said it wasn’t really worth the cost but its a pretty good view of the city below.

This is Singapore’s premier hotel where all the celebrities will stay and rent suites with their own butlers for a huge amount of money. 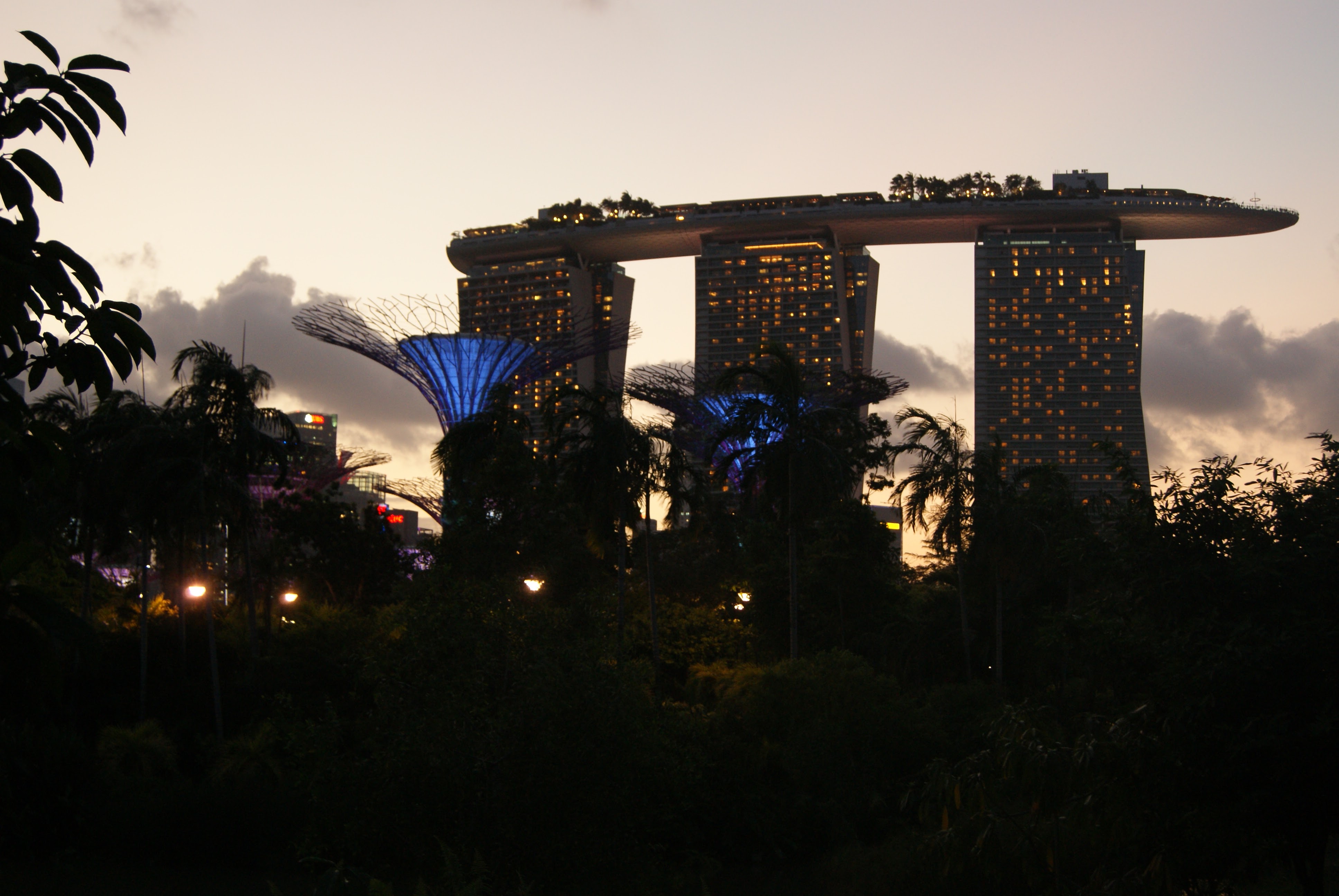 Paid Things To Do In Singapore

One of the best things to do in Singapore for us is a fun day out at Universal Studios .

Part of the Sentosa island complex which includes loads of other cool activities that we have yet to try, Universal Studios is a smaller version of the Florida theme park and in our opinion much more manageable.

It’s a similar size to Universal Studio’s Hollywood which you can read all about here.

Sentosa island is at the Southern tip of Singapore and easily accessible by metro then footbridge or cable car.

We’ve been there twice now and loved both visits as a chance to let off steam and just have fun.

Our first visit was when Annabel got really brave and decided to ride the awesome Battlestar Galactica ride which is a dual roller coaster where you can either ride the human or Cylon version.

After riding the slightly tamer human version she decided to go all out and ride the Cylon version where you go upside down several times. This was her first upside down rollercoaster so it holds a special place in her heart.

There are seven areas to explore but all are manageable especially if the queue time is short.

The number of huge rides is limited but the main attractions such as Revenge of the Mummy, Transformers and Jurassic Park Rapids are all there.

It’s a fun day out and there is something for everyone. I’m sure we’ll be back for more adventures in the future. 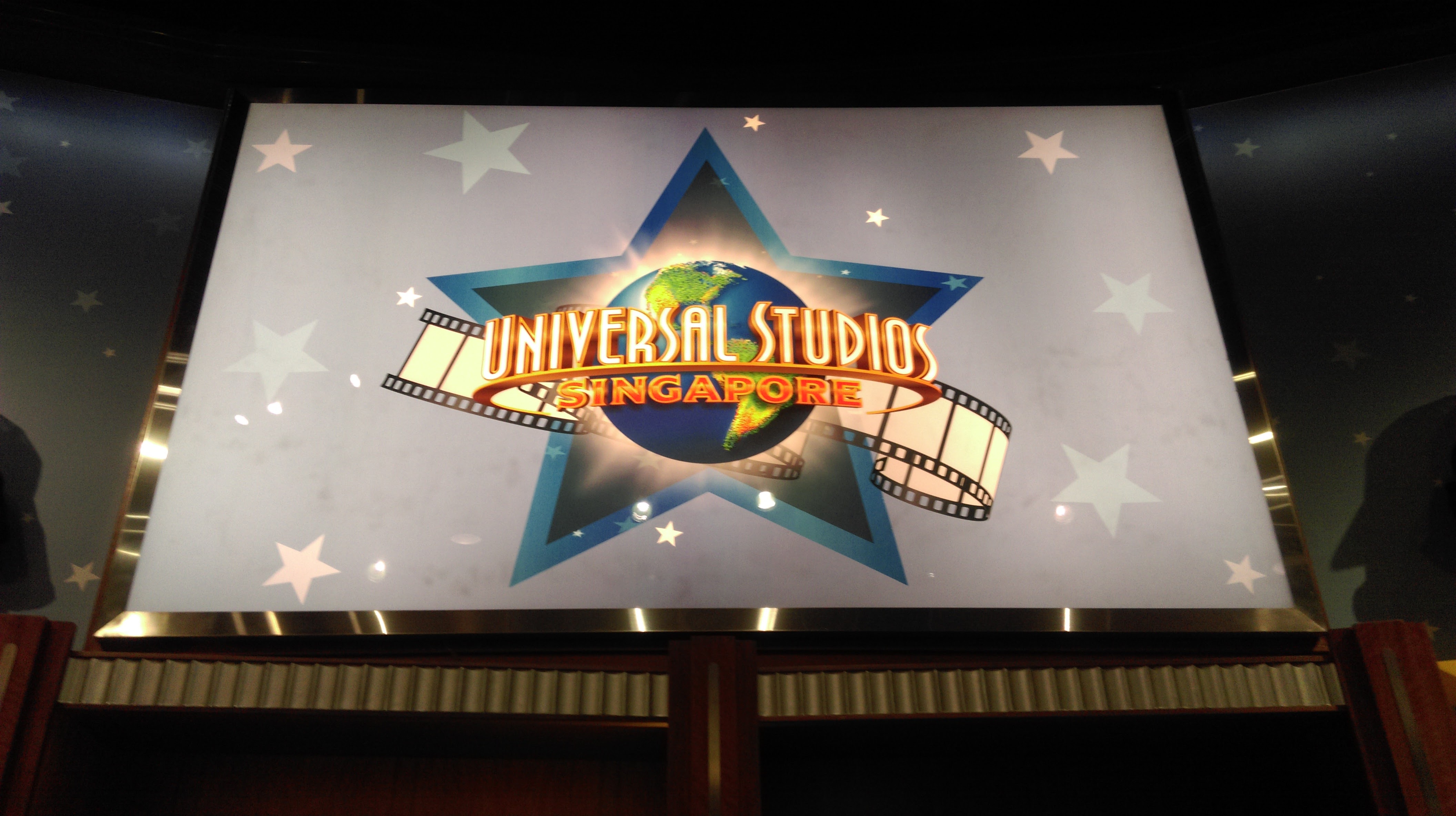