Perth-Western-Australia is one of the worlds most isolated major cities in the world and is closer to Jakarta, Indonesia than it is to Sydney.

When we got the opportunity to house and pet sit just North of Perth, in Padbury we jumped at the chance.

Even though we arrived very early in the morning, the owner of the house we were going be taking care of, came to pick us up from the airport.

Padbury lies just 14 miles North of the city of Perth and after a nice early morning drive, we arrived in the small town of Padbury.

Before going to the house, the owner took us to Pinnaroo Valley Memorial Park where, he said, Kangaroos sometimes can be seen early in the day.

Sure enough there out on the grass we saw our very first wild Kangaroos.

We were so excited to see them. 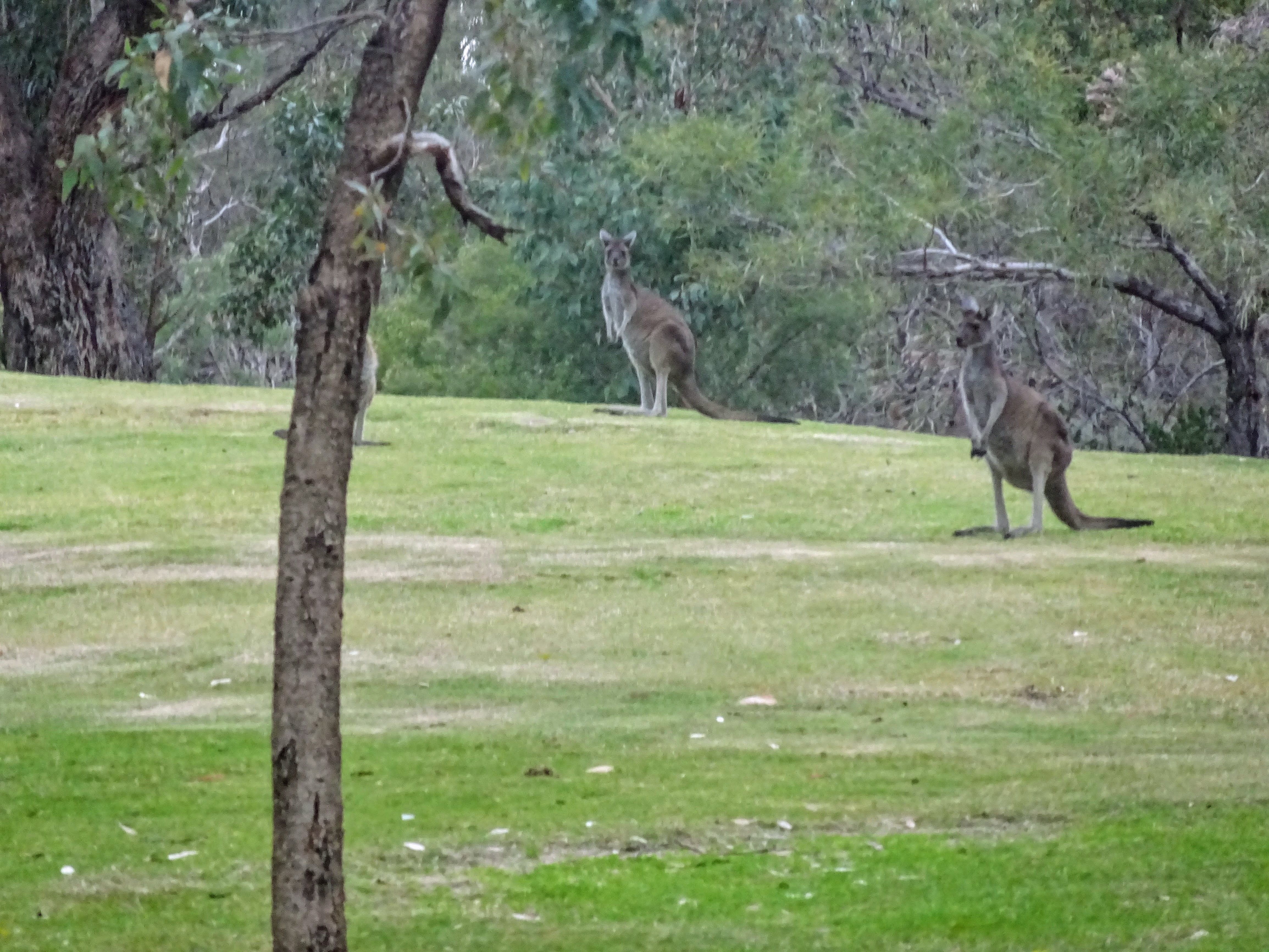 We arrived at the house we would be taking care of for 6 weeks while the owners took an extended trip to Europe.

It was a lovely one story house set back at the end of a  Cul de sac with trees all around.

Once inside we met Simba and Rollie, the two very cute cats we’d be looking after.

After settling in, the owner drove us down to the local beach where the Indian Ocean lapped over the white sand.

It was such a beautiful area and we couldn’t wait to explore further.

Later on in the day, the owners left on their trip and we familiarised ourselves with the house and Simba and Rollie. 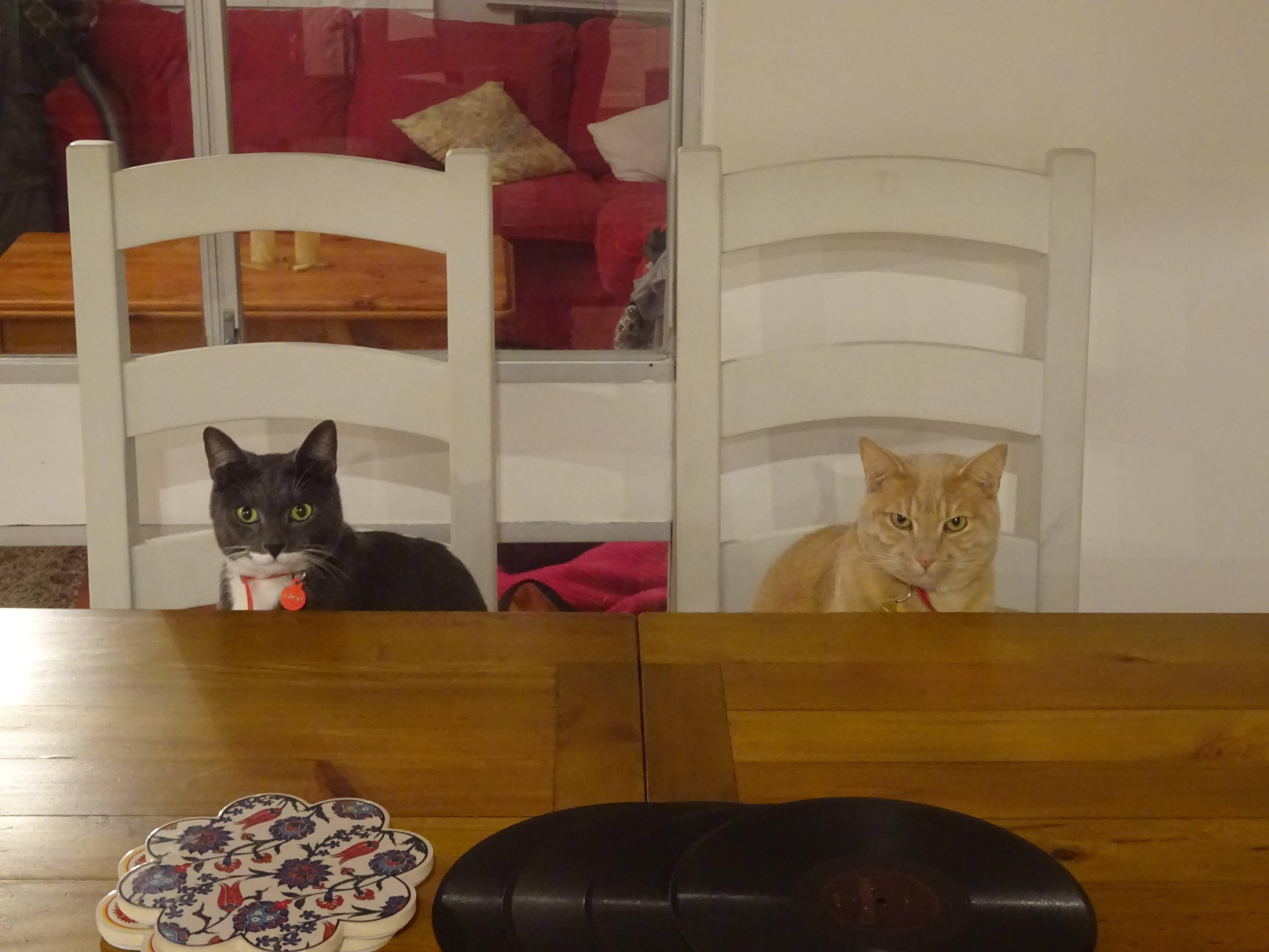 Simba And Rollie, The Cats We Took Care Of

It was June and of course Winter in Australia, we had this notion that Australia was always hot, which turned out to be completely false.

We love arriving in new places and exploring, even finding the local supermarkets and amenities is quite exciting and especially coming from Indonesia, where we had spent two months, felt great to have a shopping mall and a library.

Over the next 6 weeks, we got to know the area and explore places a little further afield as well as have some dramas that we’ll save for another post.

Apart from taking care of Simba and Rollie, here’s what we got up to. 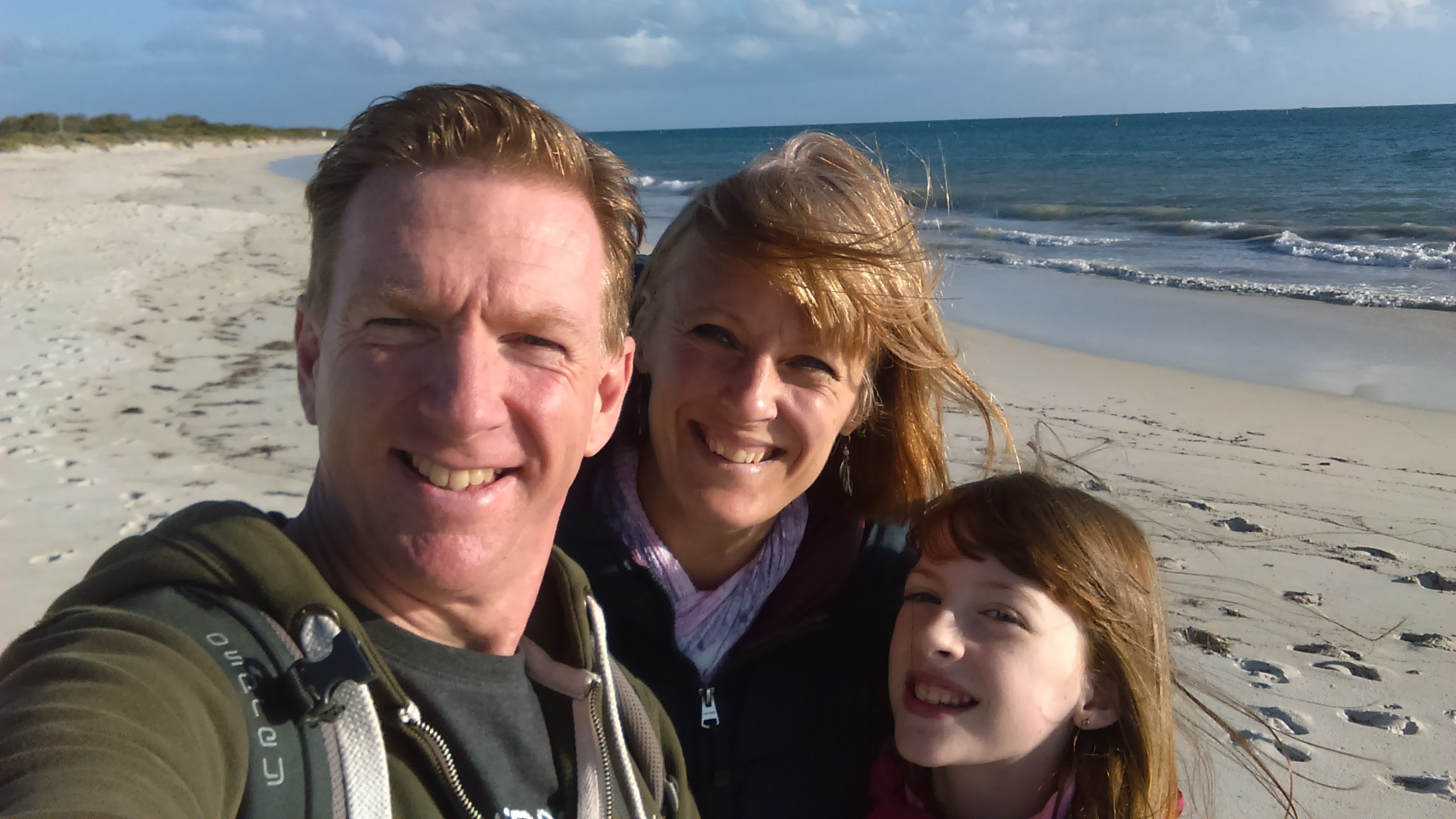 On The Beach In Padbury

One of the first places we discovered was Hillary’s boat harbour which was within walking distance ( although quite a long way ) of our housesit.

Its home to sailing yachts of all sizes and has a lovely harbour front where we walked, watched sunsets from and visited the many small shops.

It also has a few eateries including the Chocolateria San Churro which we couldn’t resist.

They have wonderful Spanish hot chocolate and churros with chocolate dips.

It’s not cheap by any means but being in SE Asia for so long without good chocolate and desserts gave us the excuse.

We loved strolling along the harbour wall and watching the sunset from the harbour entrance.

The Aquarium of Western Australia is also situated at the harbour but we decided it was a bit too expensive for us to visit.

We loved going to the harbour and the walk back along the shorefront was beautiful. 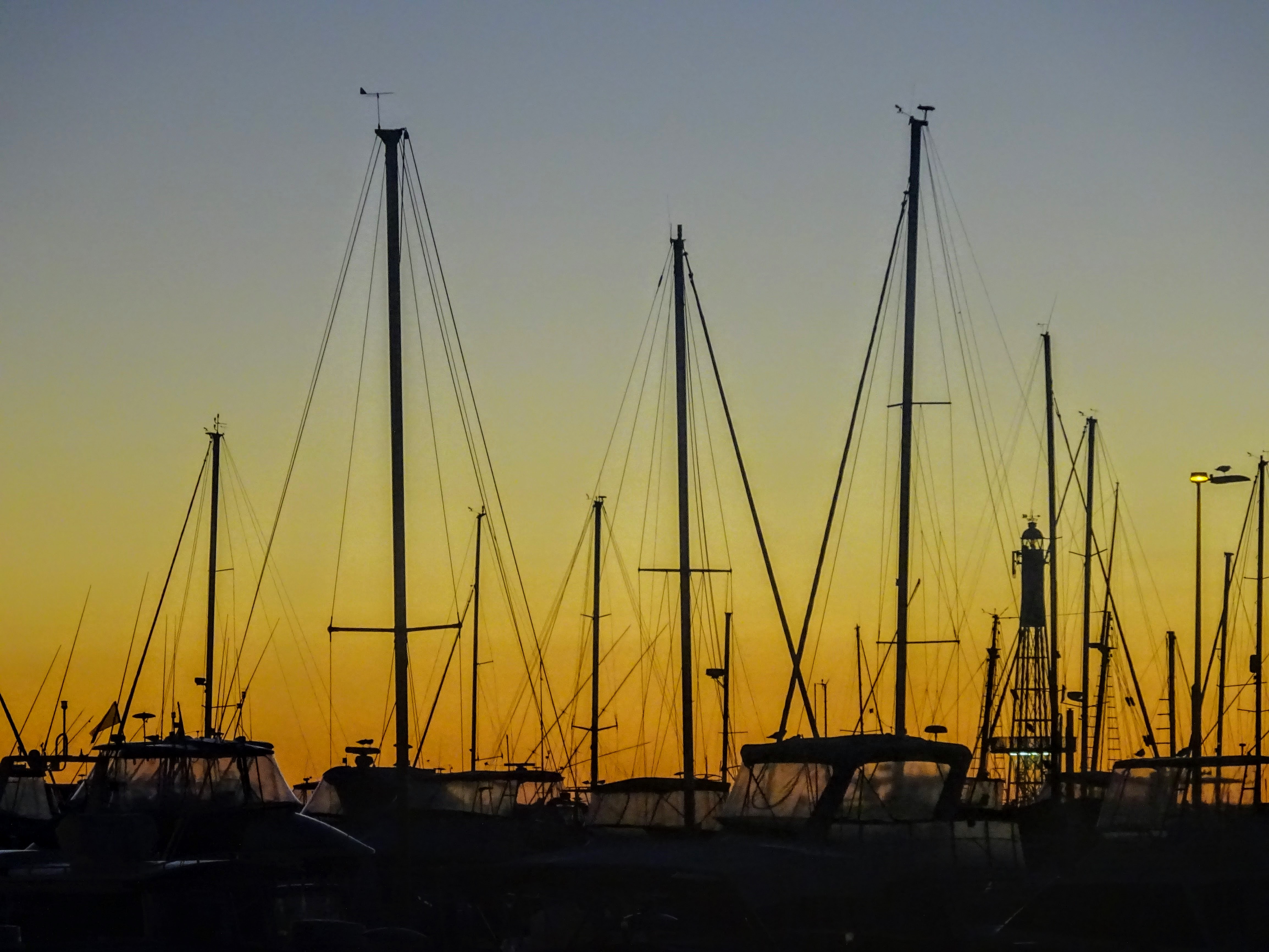 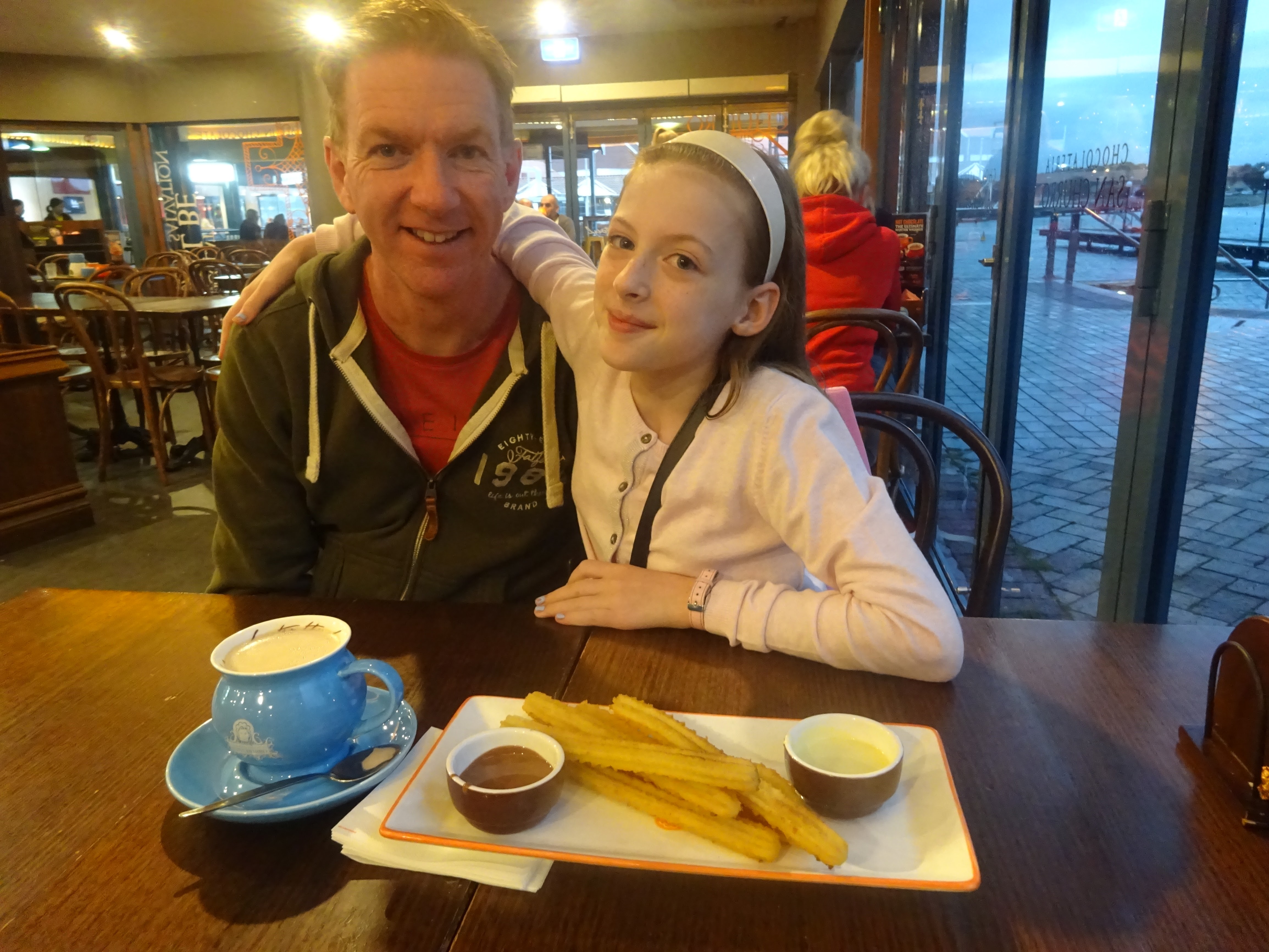 A 15-minute walk brought us to this lovely memorial park and was the place the house owner bought us to see the wild kangaroos.

We often went there in the early evenings to see the hundreds of Kangaroos that grazed on the grass lawns there.

Part of the park is a garden of remembrance but the park itself covers a huge area.

There are even roads through it to get to different areas.

It’s beautiful and quiet and is just so nice for a walk. 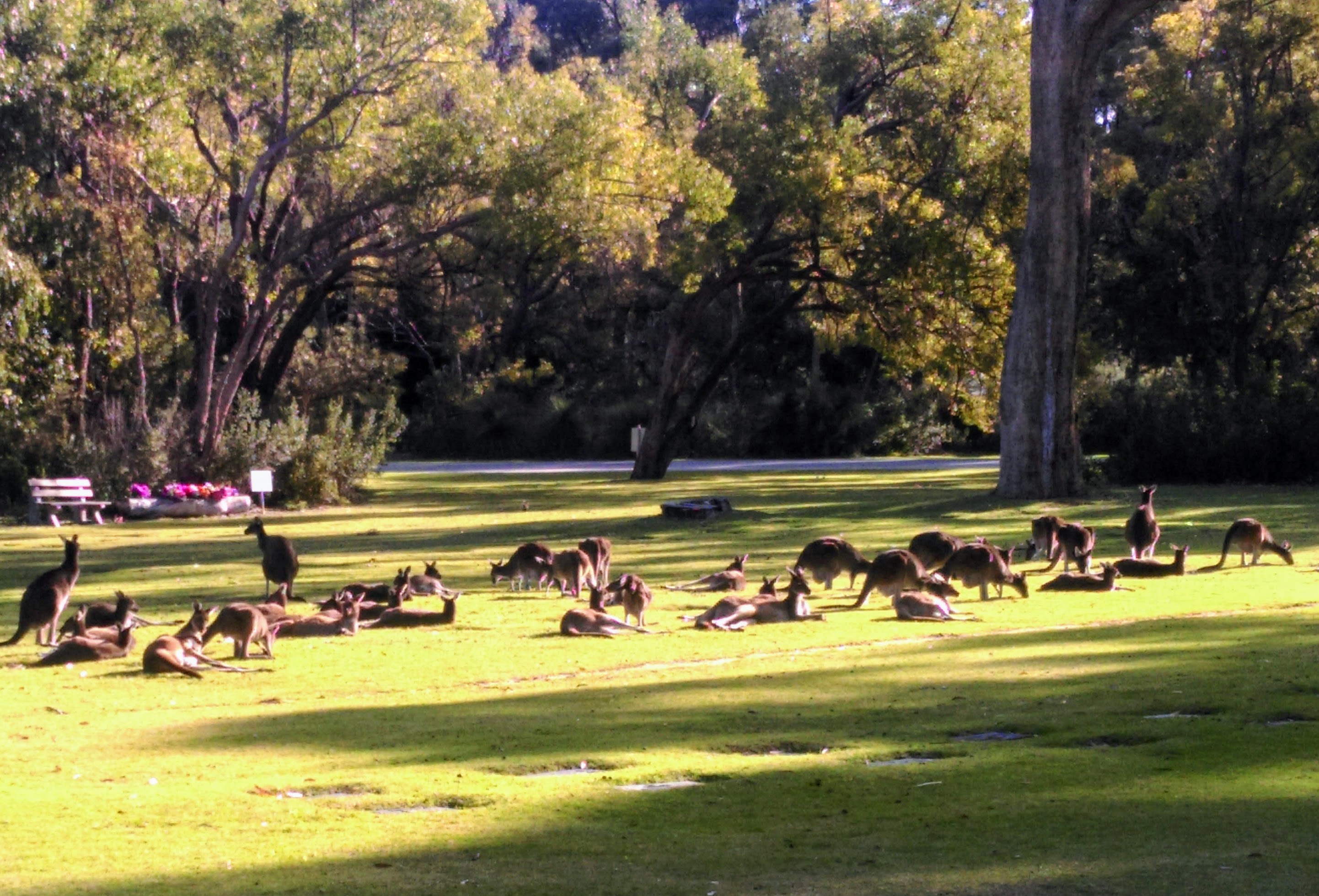 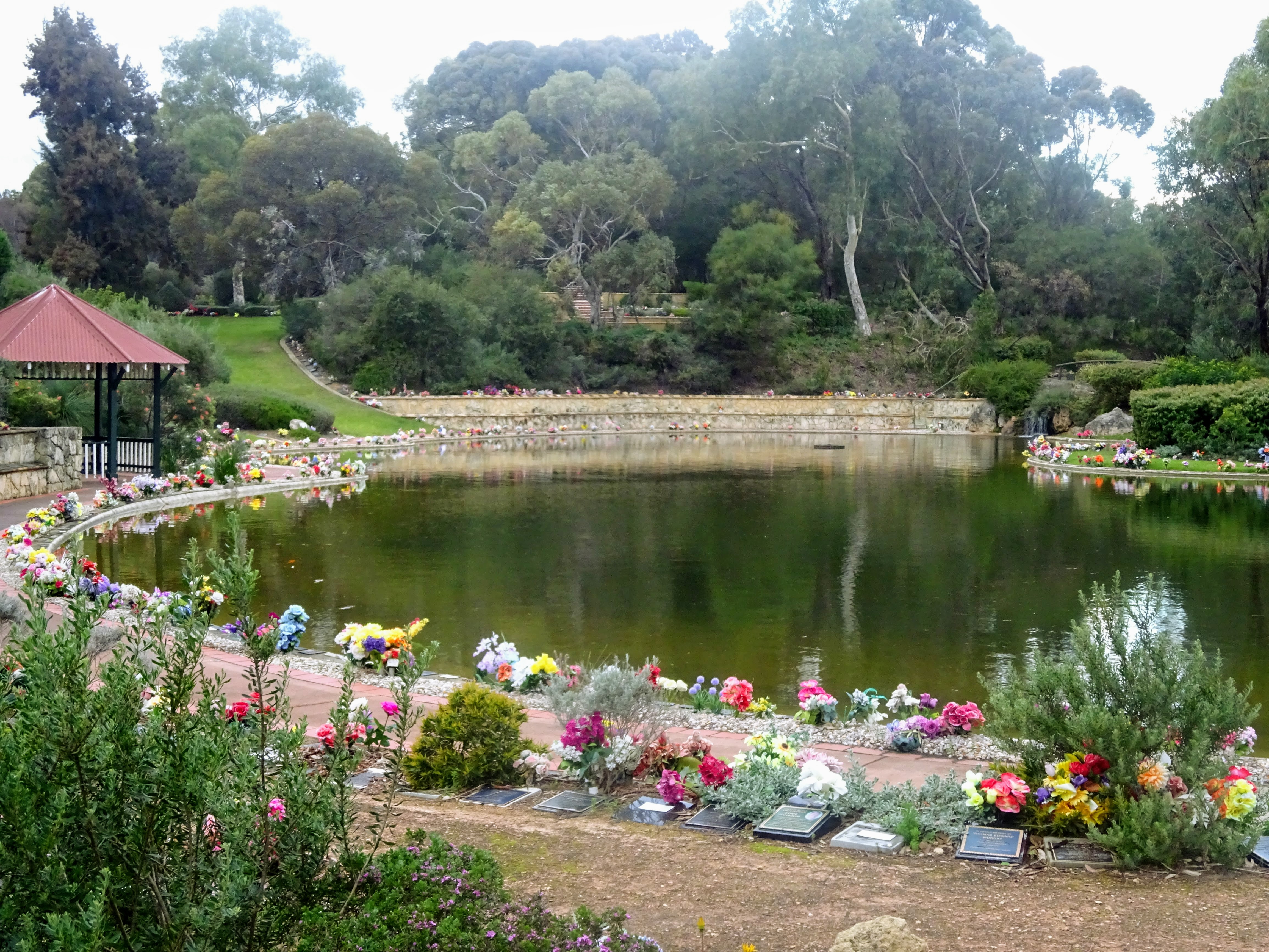 The Lake With Remembrance Stones

We got the train down to Perth a couple of times during our stay and must say it’s a very laid back feeling city.

It has a fairly small centre and is very walkable.

It’s a half hours train ride away which brings you right into the centre of things.

We walked through the city and had a wander around their magnificent library which is set over several floors.

Elizabeth Quay is a nice area to stroll along the water’s edge and you can see the Swan Bell Tower.

Perth was founded in 1829 by Captain James Stirling as the administrative centre for the Swan River Colony.

Later it was an important centre for convicts bought over from Britain and then Perth boomed when gold was discovered inland and the gold rush began.

The city overlooks the Swan River with its many boats and ferries. 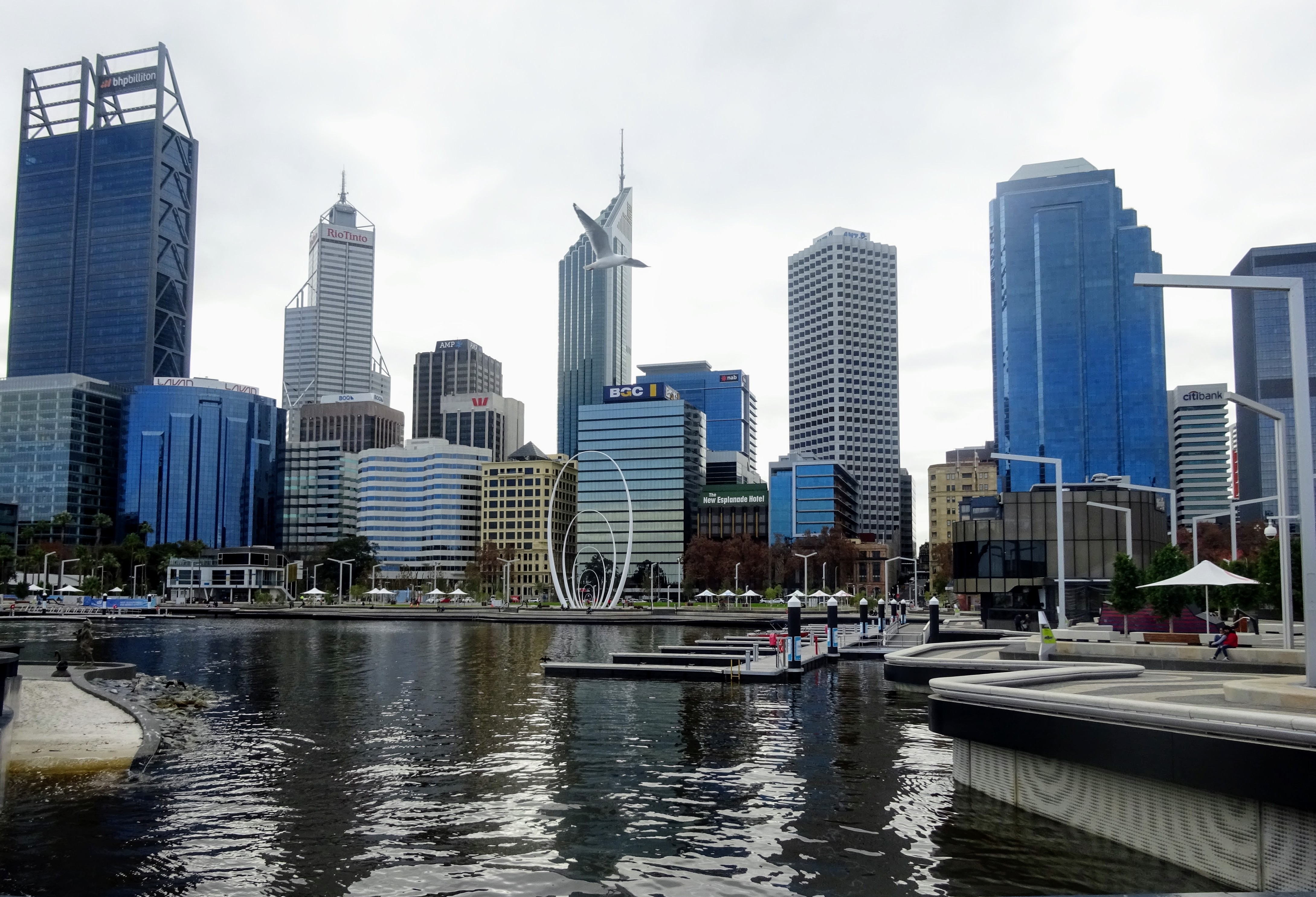 The City Of Perth 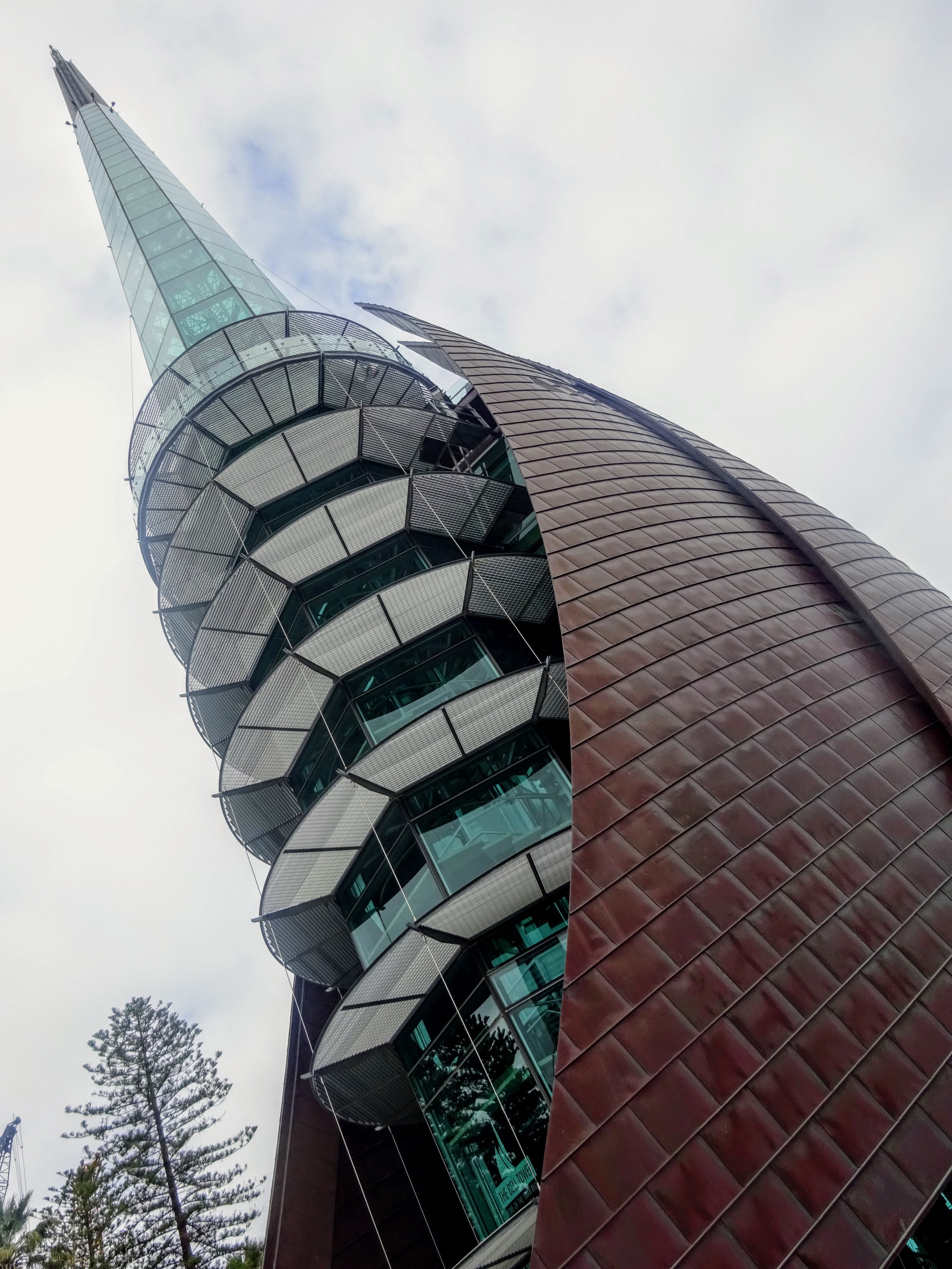 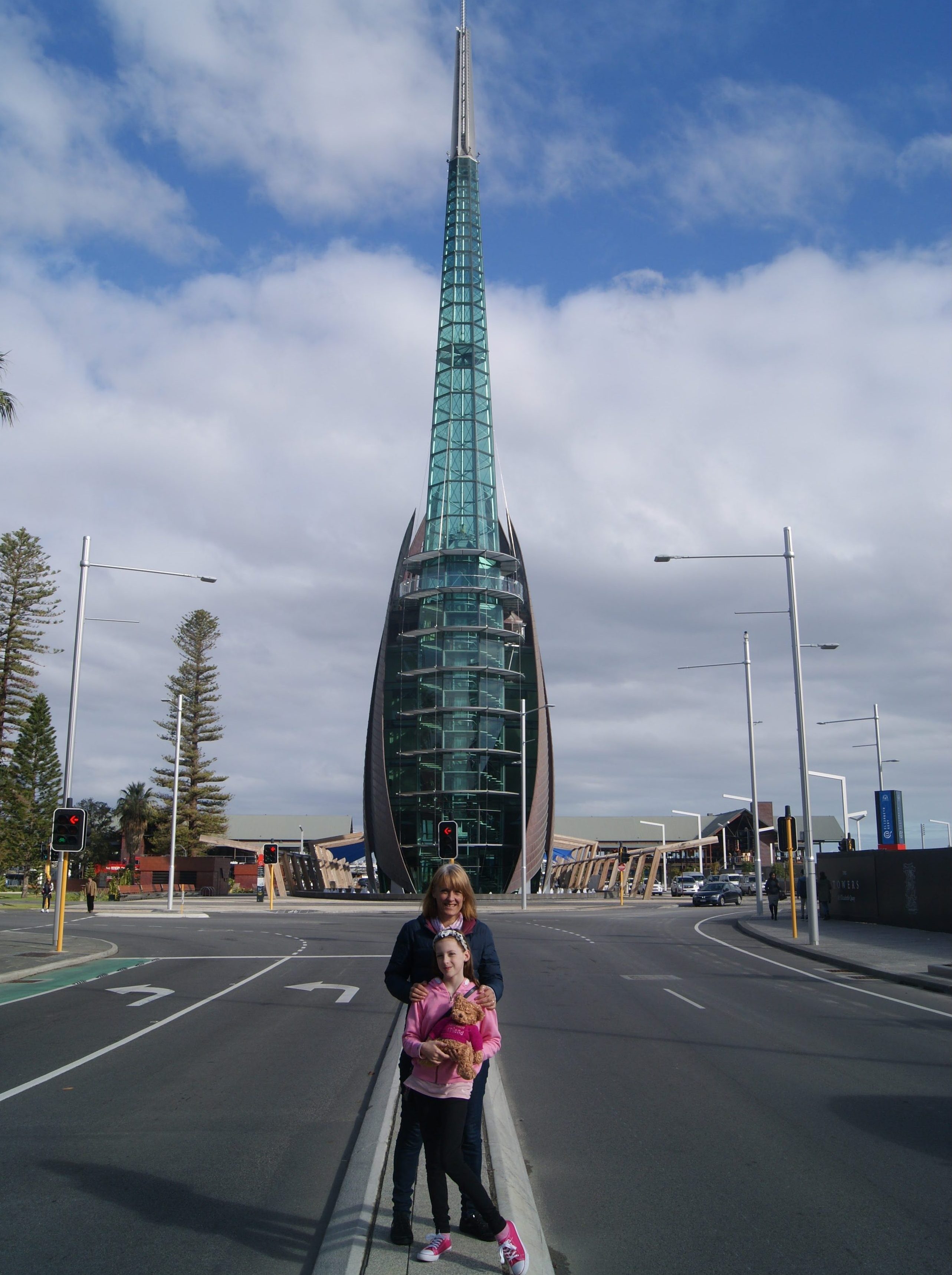 To the West of Perth City centre and a short walk away lies the huge Kings Park with its many trails.

We loved walking around here with its fantastic view out over the city and river.

You can follow certain coloured trails or just wander around the many paths.

There are areas that are more used and areas that feels quite remote and bush like.

You can stroll through the Botanic Gardens or walk the Bushland Nature Trail.

It’s a huge park that is also home to the State War Memorial which is a great place to get nice views.

Check out the map of it here. 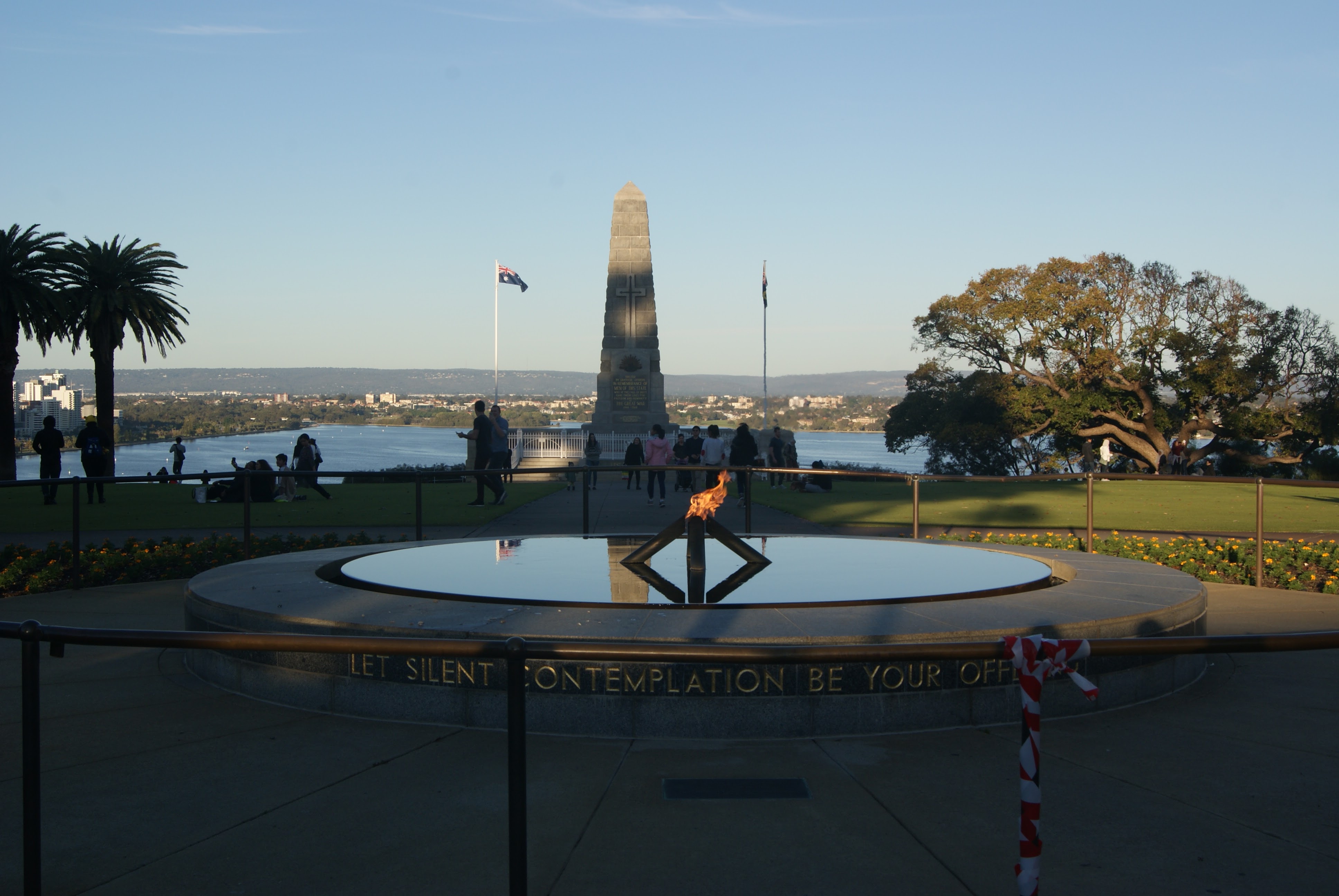 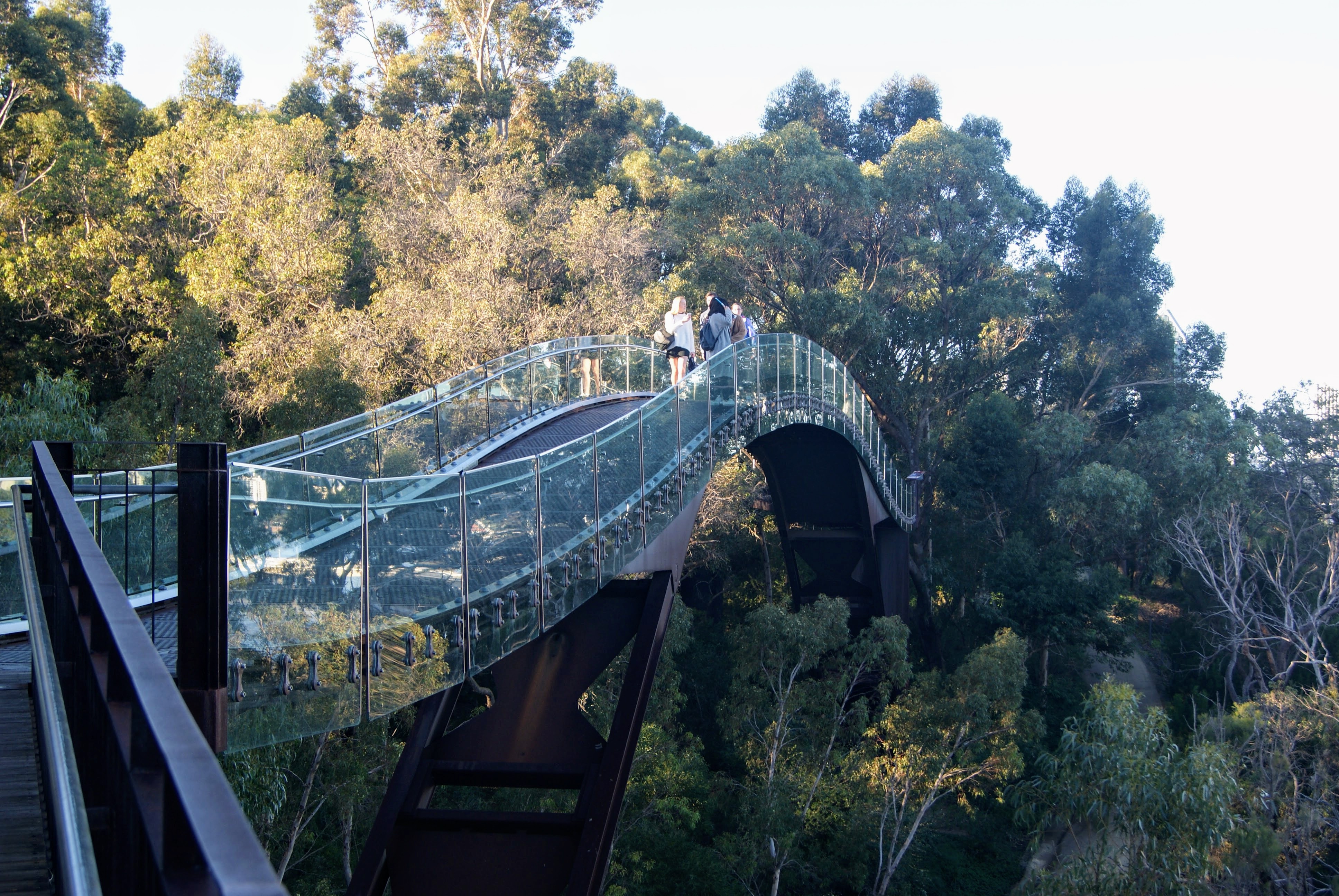 We’d read about the eatery on Elizabeth Quay, Perth before our trip into the city and really wanted to visit.

It’s an Indian vegetarian buffet restaurant right on the waterfront and is run by volunteers.

There’s no charge for the food but you just pay what you want on leaving.

The idea is that food is available to whoever needs it so you may have office workers eating there for their lunch breaks or homeless people in need of food or tourists just in the area.

It’s a great atmosphere and the food is delicious.

You wait in line with your plate then help yourself to whatever you fancy.

There’s also some soft drinks, water and deserts on offer.

It’s well worth a visit. 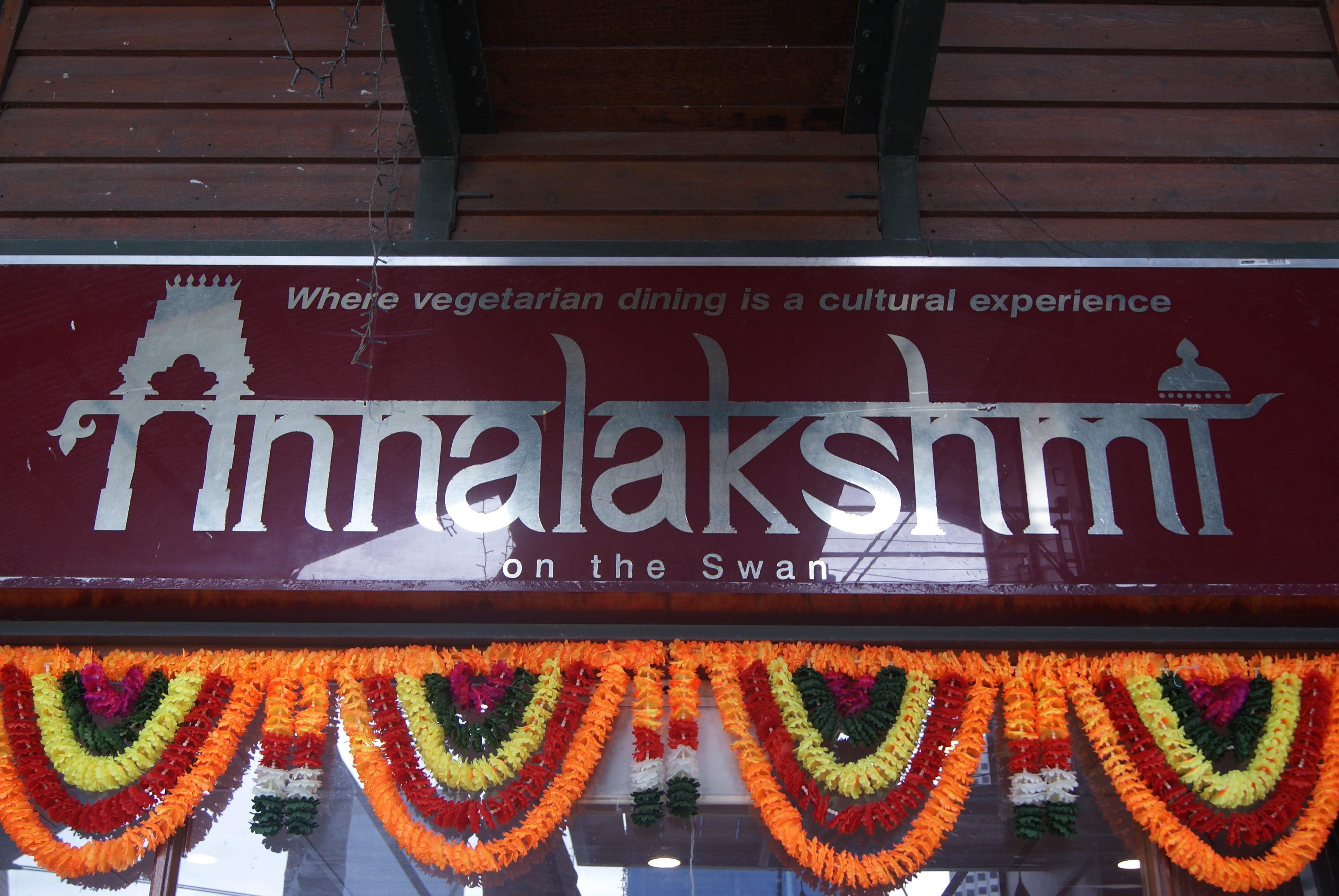 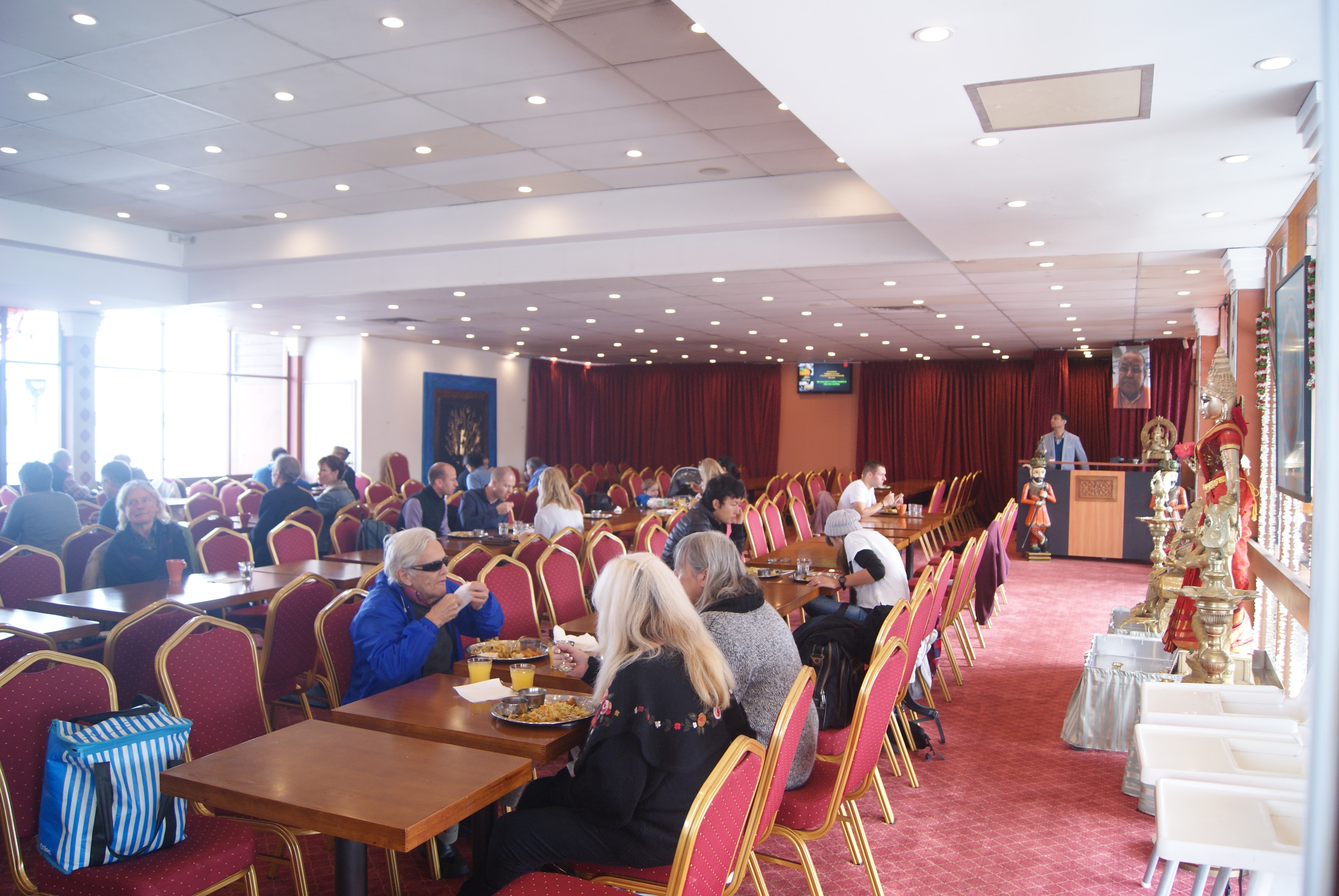 The Interior Of Annalakshmi Restaurant 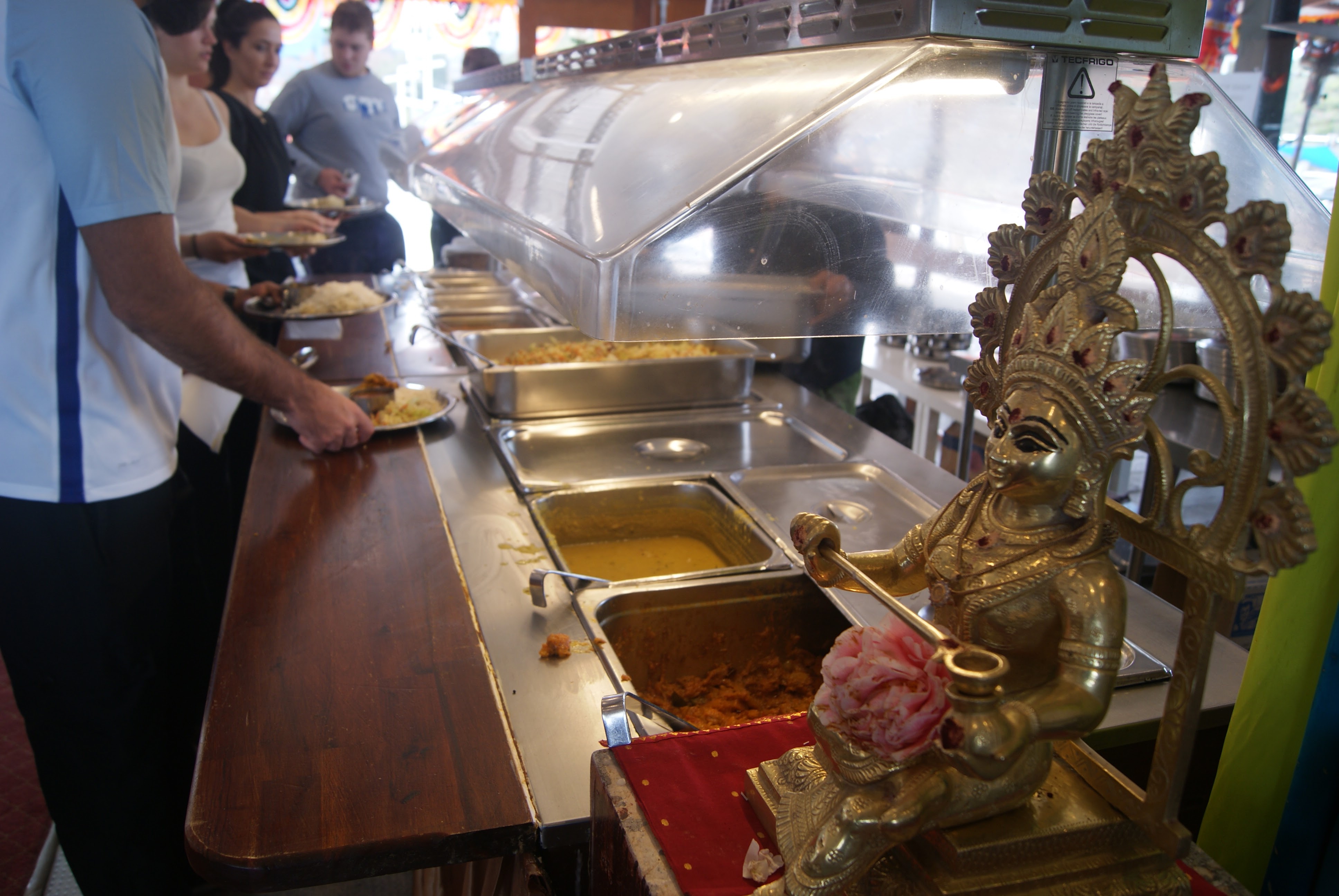 The Vegetarian Buffet At Annalakshmi Restaurant

The beaches that were within walking distance from our house sit were some of the best we’d ever set foot on.

Even though it was Winter and quite chilly some days we still managed to go for picnics on the white sand.

The sea was much too cold to swim and there had been shark attacks in the area so we didn’t go for a dip but just being on the beautiful beach with the brilliant blue Indian Ocean stretch into the distance was magical.

We witnessed some amazing sunsets from the beach and Annabel loved playing in the powdery white sand.

We loved that dogs weren’t allowed on the beaches as there are specific dog beaches in the area for them. 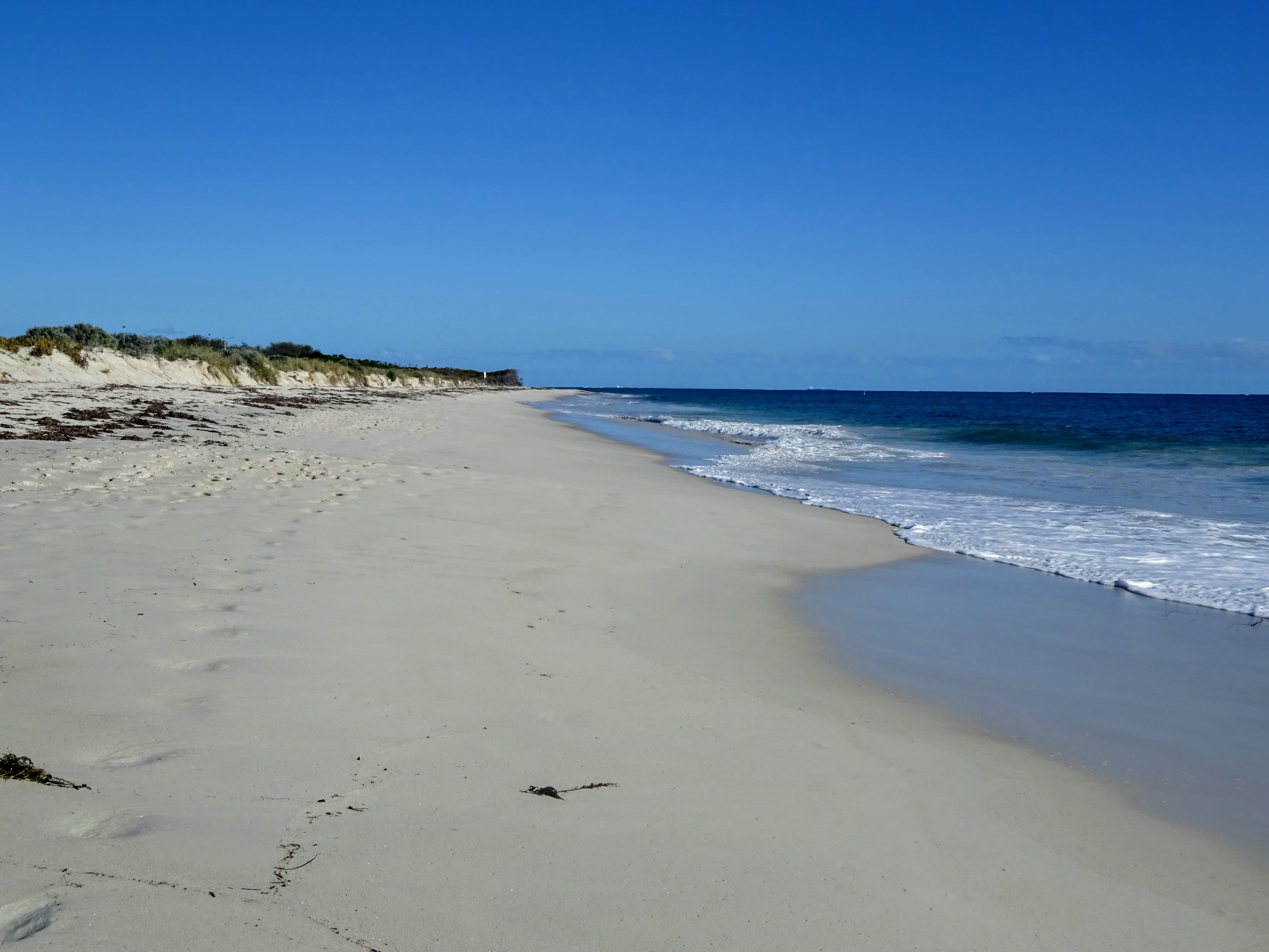 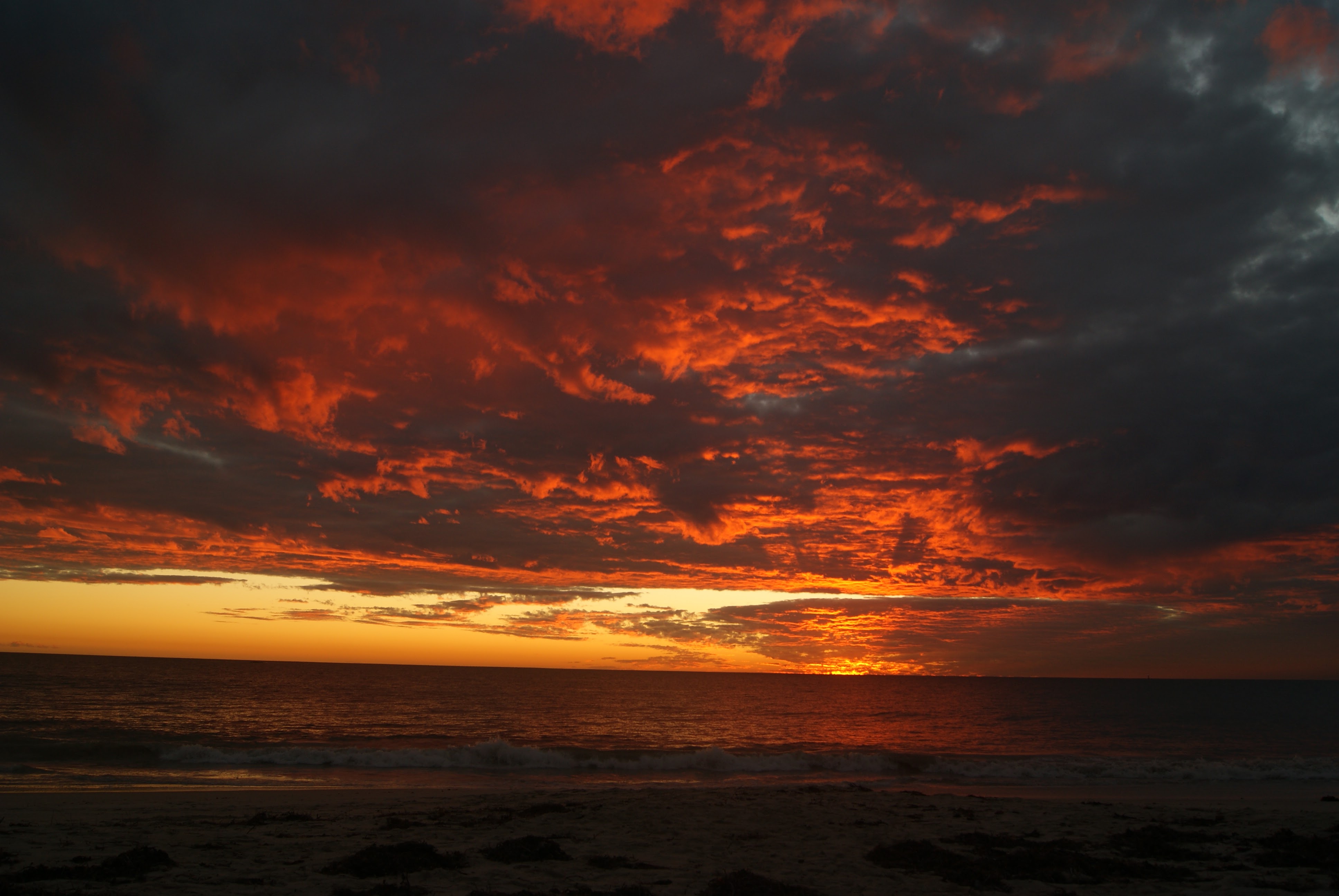 Sunset At The Beach

Fremantle lies South of Perth and is easily accessible by train.

We went there on a couple of occasions and loved it.

The town has an old world feel about it with its old buildings.

We visited the indoor market with its food stalls and local produce sellers.

The harbour is really nice to walk around and see the fishing boats arriving and departing.

You can read lots more about our Fremantle visits, including our brilliant tour of Fremantle Prison and eating wonderful fish and chips here. 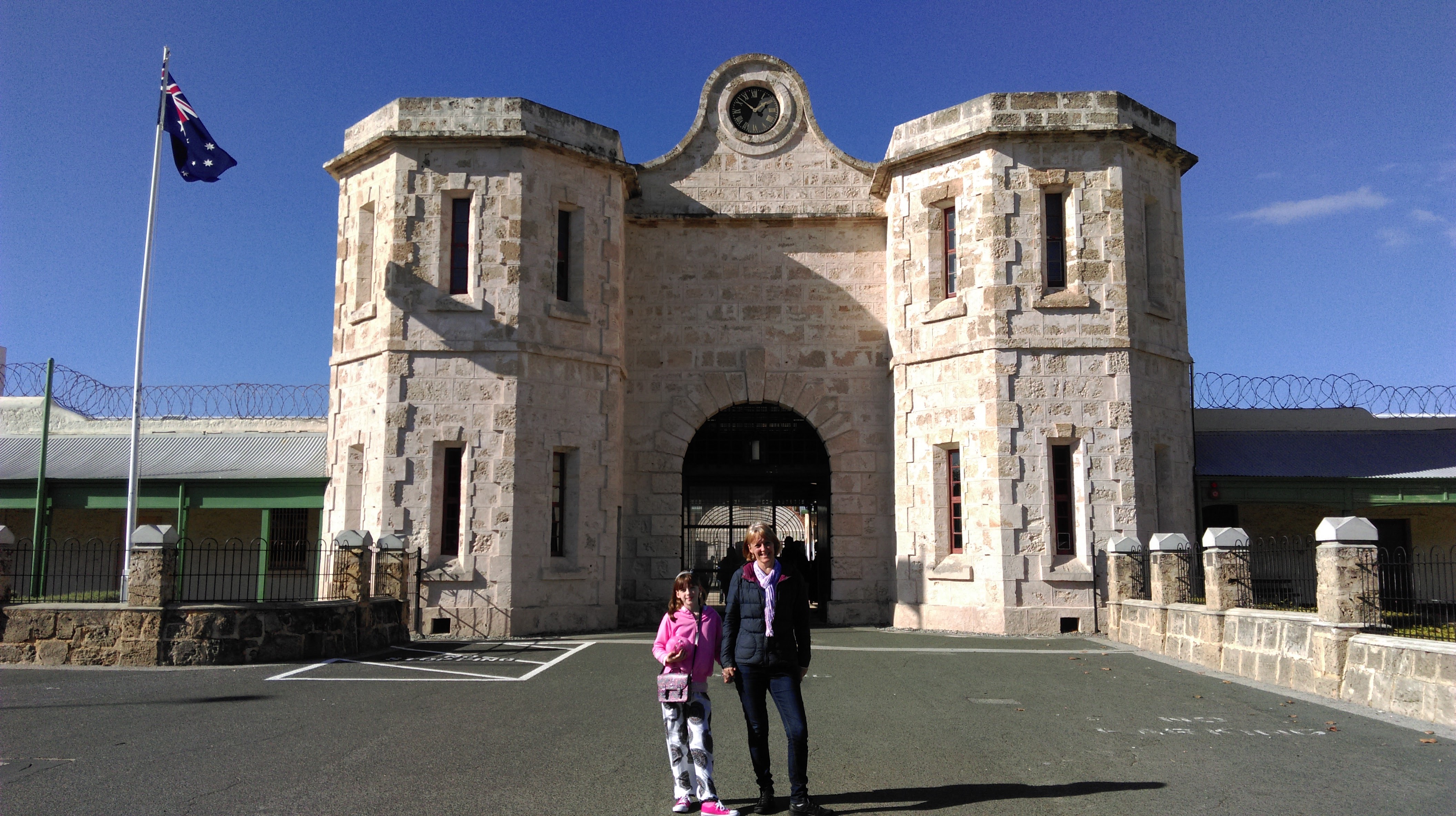 Obviously, we loved housesitting and taking care of Simba and Rollie in Padbury and would go back in an instant.

After coming from SE Asia, there seemed to be so much to do, even wandering around the shopping mall and going to the library was exciting for us.

Hillary’s Harbour was great and we really enjoyed going there and being by the ocean.

Perth is a fantastic city and not too big to navigate.

Kings Park was one of our all-time favourite parks and you can explore for hours there.

Our stay was a lot colder than we thought it would be and I think it turned out to be one of the coldest Winters in recent times, but it doesn’t deter us from making the most of our time there.

Perth is very isolated and I don’t think we realised just how much.

We had grand designs on travelling across Australia but in the end, it worked out too expensive, but we did do an amazing road trip adventure all around Western Australia that you can read all about here. 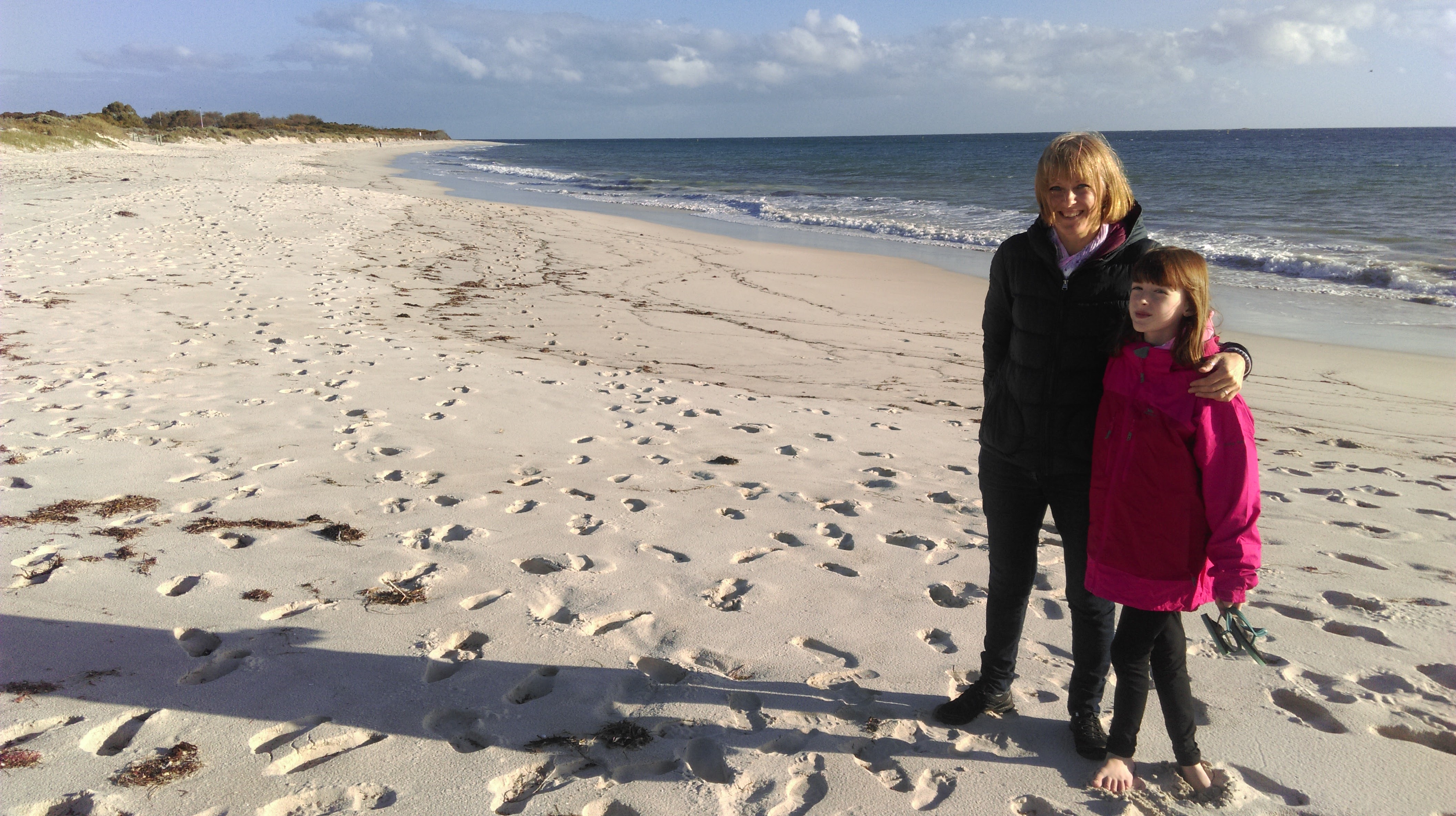 A Lovely Walk On The Beach

How To Get To Perth

Perth has an international airport which we flew into and is connected to hubs in SE Asia and worldwide.

We flew in from Kuala Lumpur on Air Asia but there are plenty of airline choices from other departure points.

Remember, Perth is remote and getting there from other parts of Australia can be expensive.

If you’re already in another area of Australia, it can work our less expensive to fly out to somewhere in SE Asia and back into Perth.

There’s a good rail system that links destinations up and down the coast around Perth.

Buses are also readily available around towns and the city.

Perth city is very walkable and easy to see the main sights. 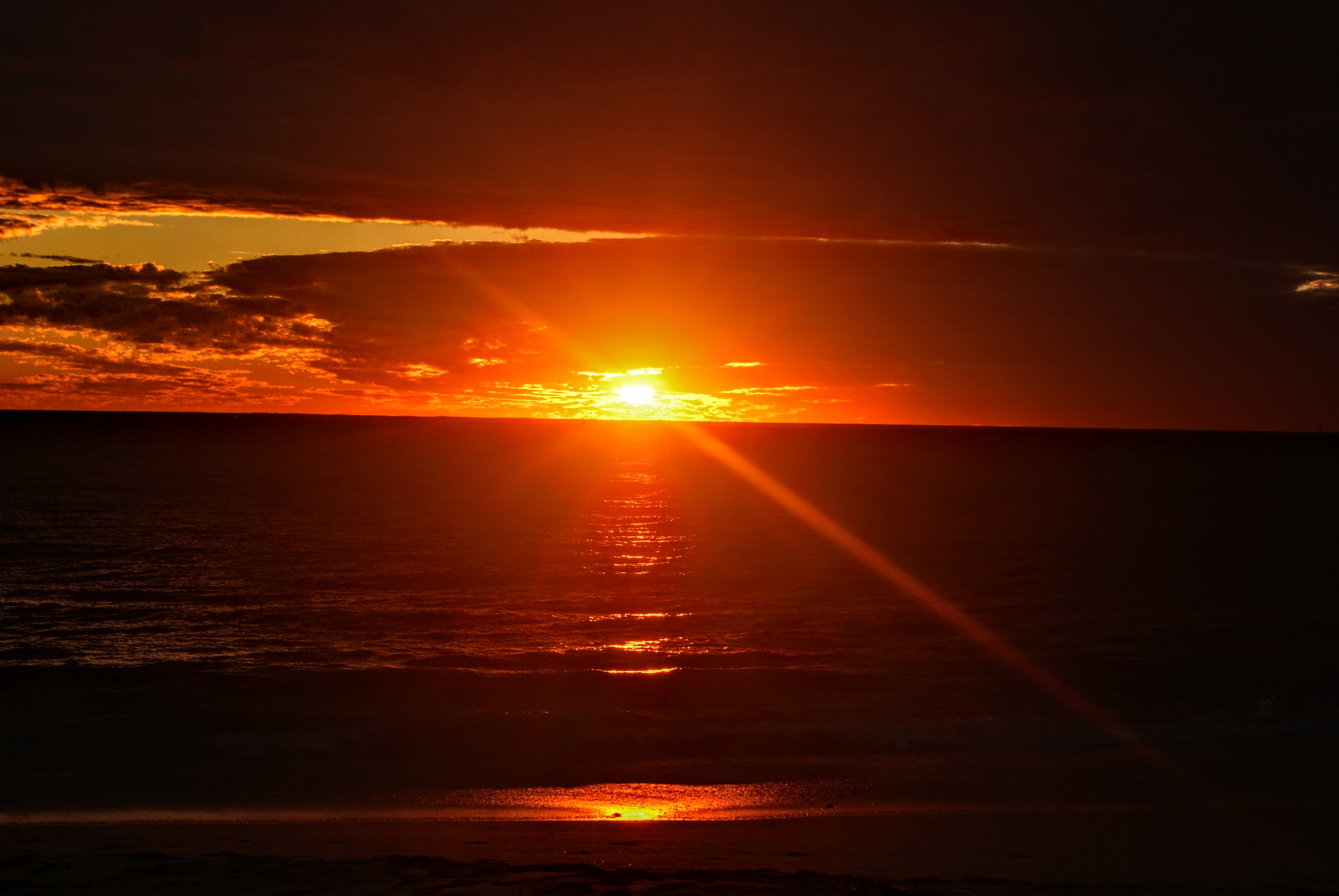 You Can Discover More About Our Adventures In Australia Here