Cape Flattery is the most Northerly point of mainland USA and is located in the very far West of Washington State on the Olympic Peninsula.

The stunning coastal point is situated on the Makah Indian Reservation.

It’s quite a way from anywhere but the drive out there along the coastal road with its amazing scenery is totally worth it.

So here’s our guide to Cape Flattery. 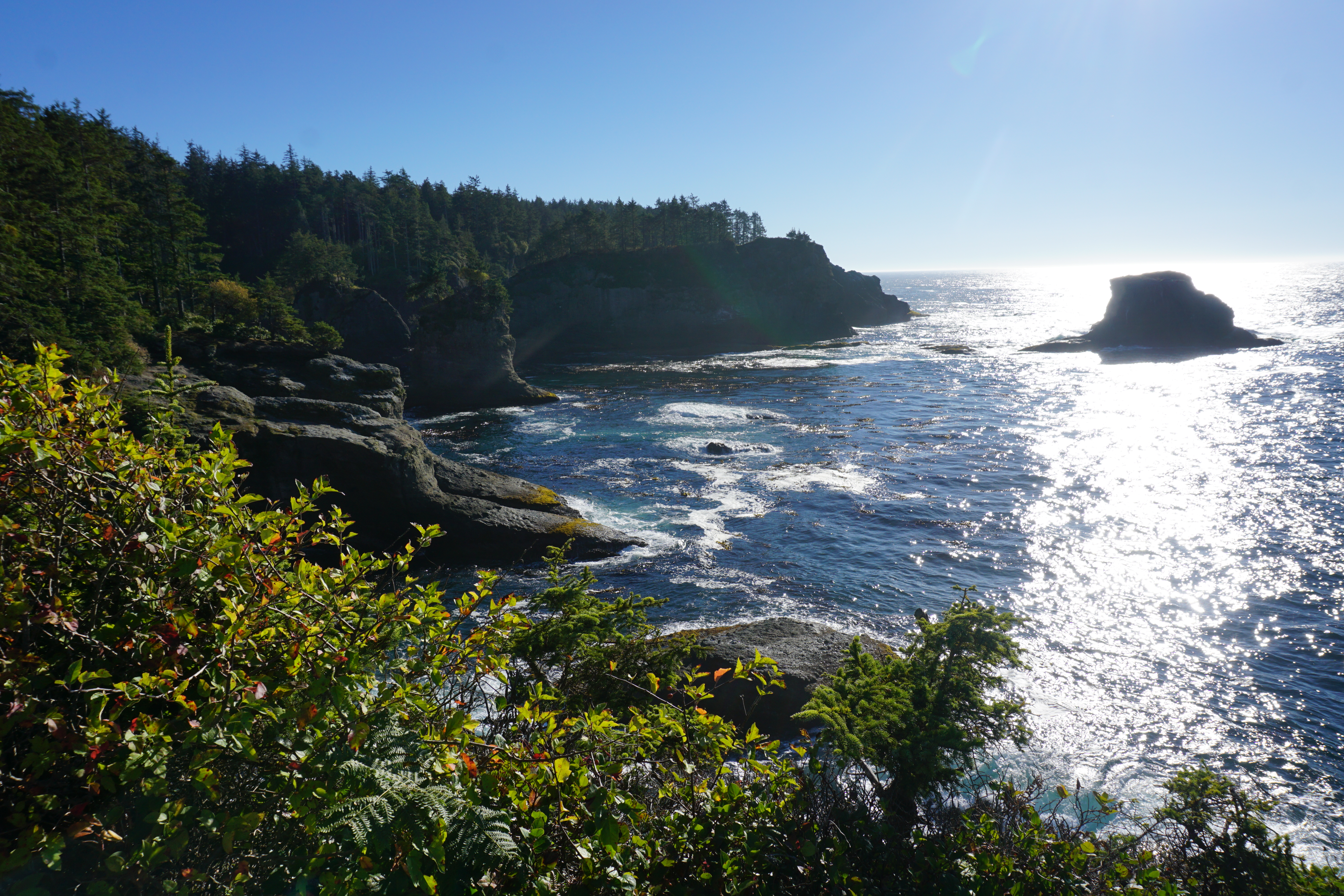 The Sunning Coastline Of Cape Flattery

The Journey To Cape Flattery

Half the experience of a visit to Cape Flattery is the drive there.

Most often people will be coming from the direction of Port Angeles and taking Highway 112 along the Northern coast of the Olympic Peninsula.

The road skirts the Strait of Juan de Fuca with lovely views across the water to Vancouver Island in the distance.

Keep your eyes open for sea life as whales, sea lions and seals frequent this area.

It’s a long and twisty road right on the shoreline with forested hills on one side and the ocean and sheltered bays on the other. 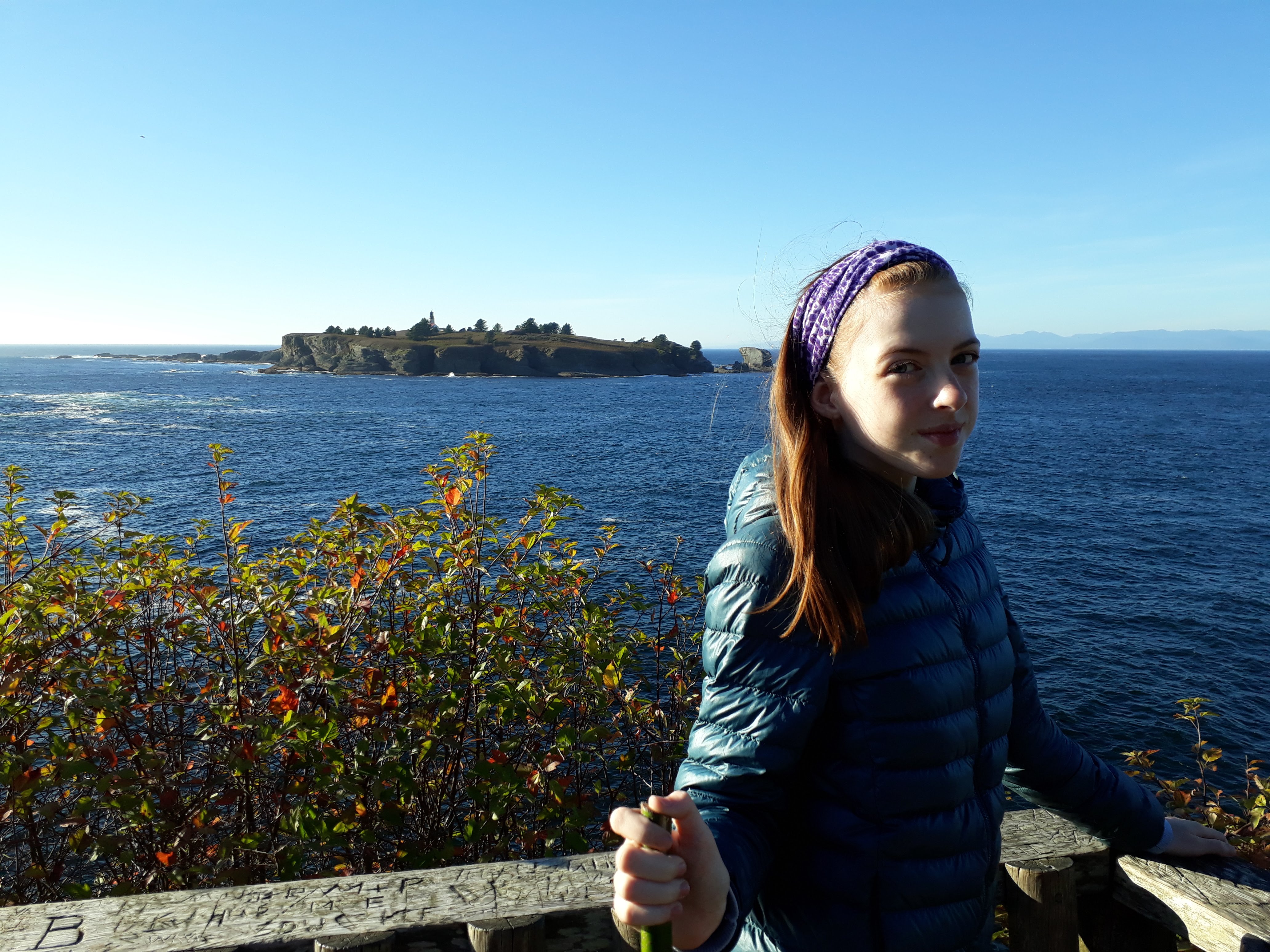 Where The Strait of Juan de Fuca Meets The Pacific Ocean

Before you reach Cape Flattery, we would recommend a visit to the Makah Cultural Museum in Neah Bay.

You’ll be passing by and you need to get a Makah Indian Reservation Permit to visit Cape Flattery anyway as it’s on Makah land.

The museum gives lots of information on the history of the area and the Makah people who have inhabited the area for hundreds of years.

The Makah people have always lived off the sea and the museum includes thousands of artefacts, basketry, a replica longhouse, canoes and whaling equipment.

We really enjoyed our visit and it’s well worth taking a look around the museum to get a good understanding of the culture of the Makah First Nation people.

You can get all the latest information and entry details on the museum’s website. 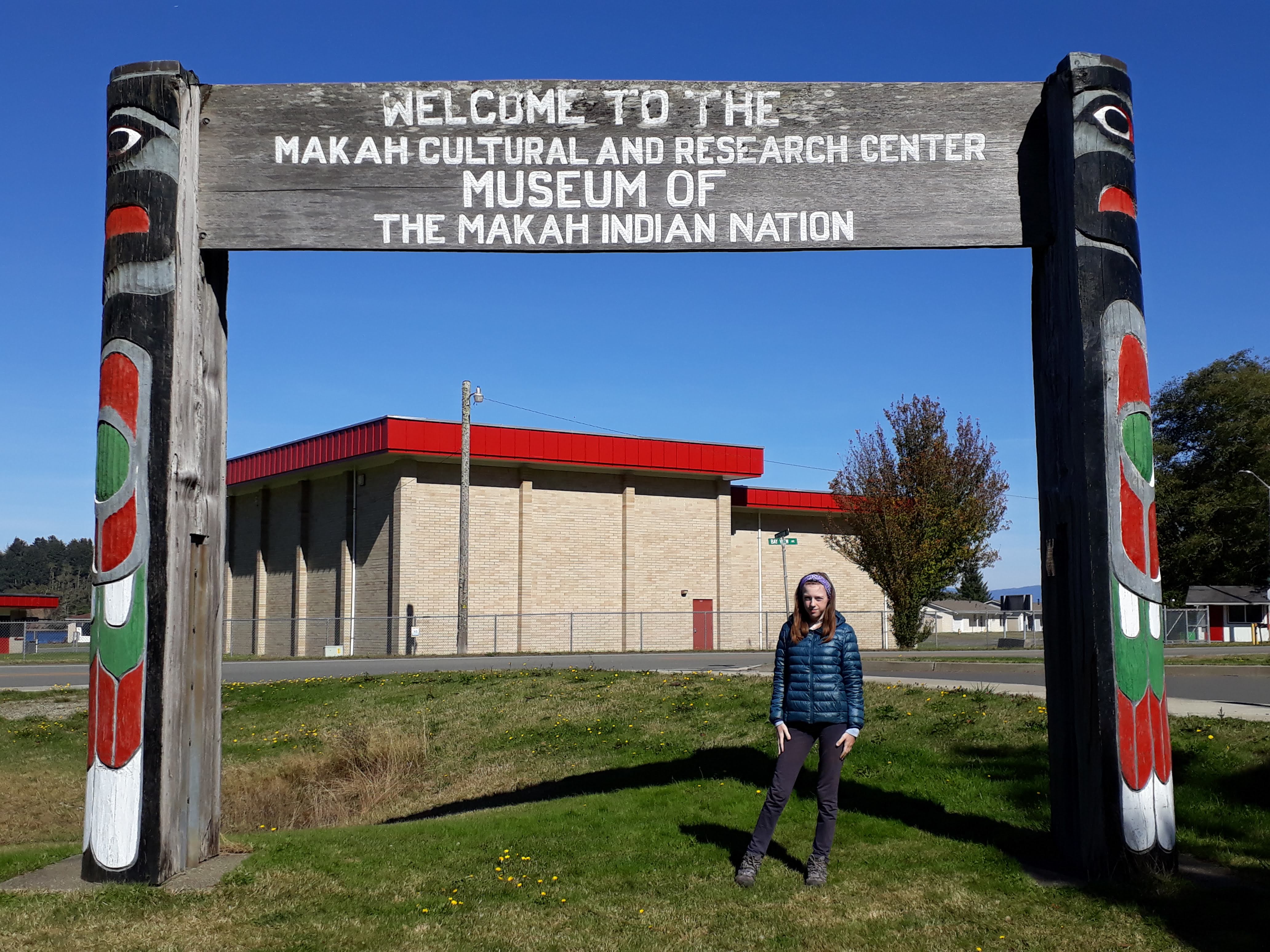 It’s a relatively short trail at under a mile down to the viewing area but it can be quite steep coming back up if you have any walking problems.

You’ll need a Makah Recreation Pass to park at the trailhead but these can be purchased from the Makah museum.

As you walk down the trail several platforms give good views out over the rugged coastline.

From here you can see the Tatoosh Island offshore with its own sea lion colony.

Standing here means that you are on the most Northwesterly tip of the lower 48 States where the Strait of Juan de Fuca meets the Pacific ocean.

The scenery is stunning with the Pacific Ocean crashing into the rocky coastline. 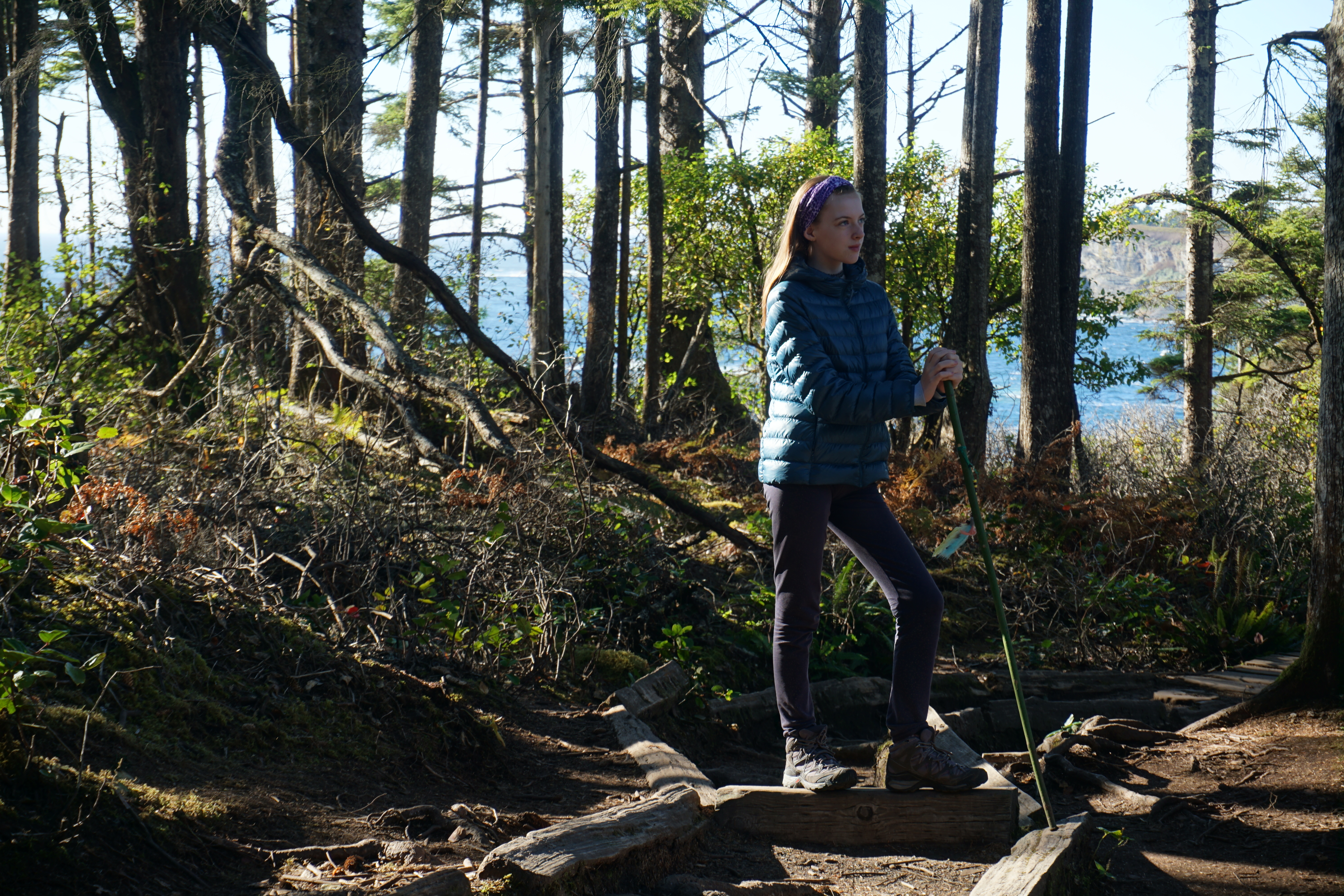 On The Cape Flattery Trail 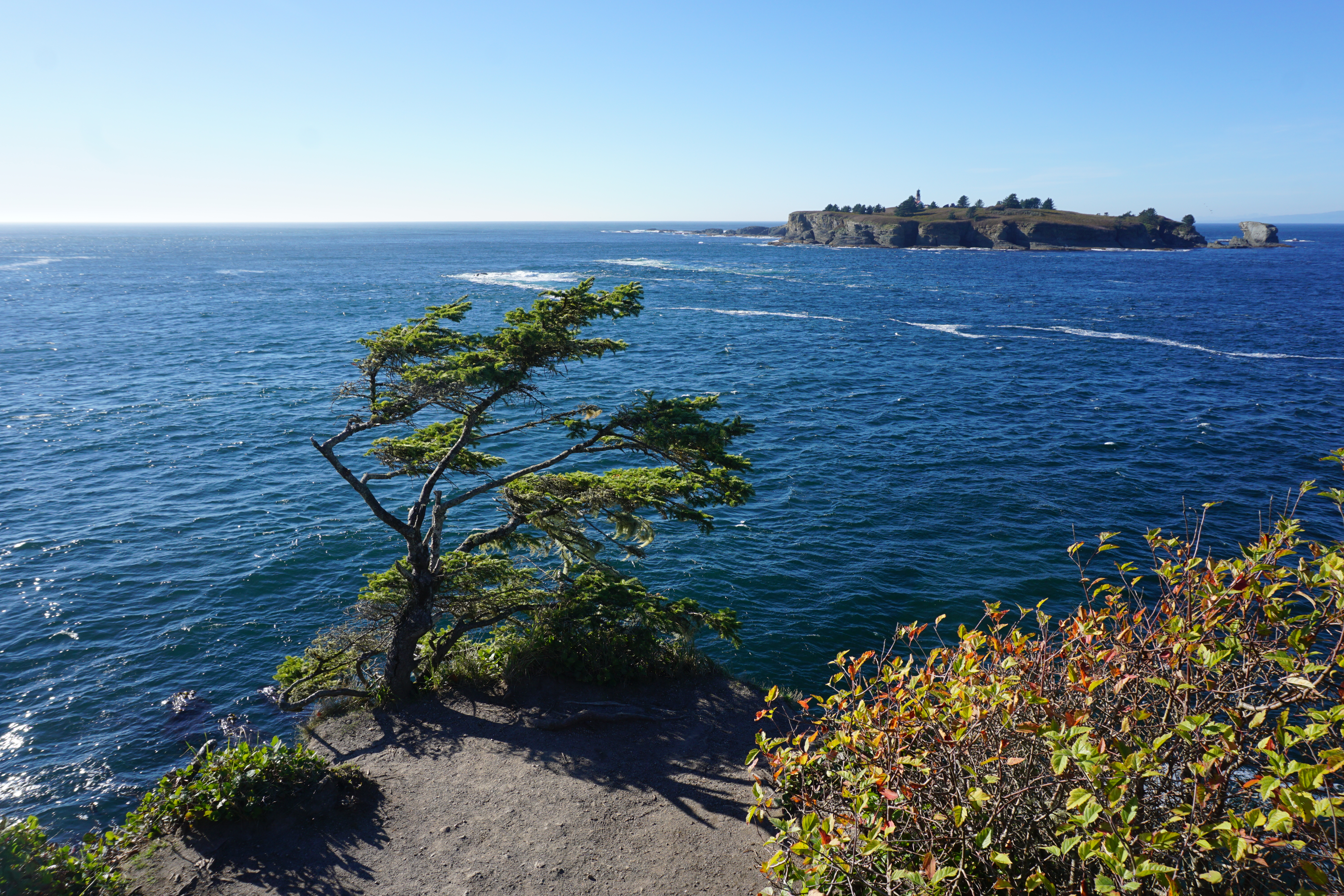 If you’re driving from or to Port Angeles along Highway 112 you’ll pass by the Joyce General Store.

We had no idea it was there but had to stop for fuel and it was the only place that had a fuel pump.

It was close to closing time when we were there but the store is well worth a longer visit.

Go through the front door and you’ll be faced with a store chock full of not only supplies but old memorabilia from the area.

The Joyce General Store opened in 1911 and is the longest continually operating store in the whole of Washington State.

It still acts as the town’s post office and fuel stop.

According to their motto, if they don’t sell it, you don’t need it.

The biggest power saw we have ever seen hangs from the ceiling.

The store is a treasure trove of delights, to purchase and for the eye. 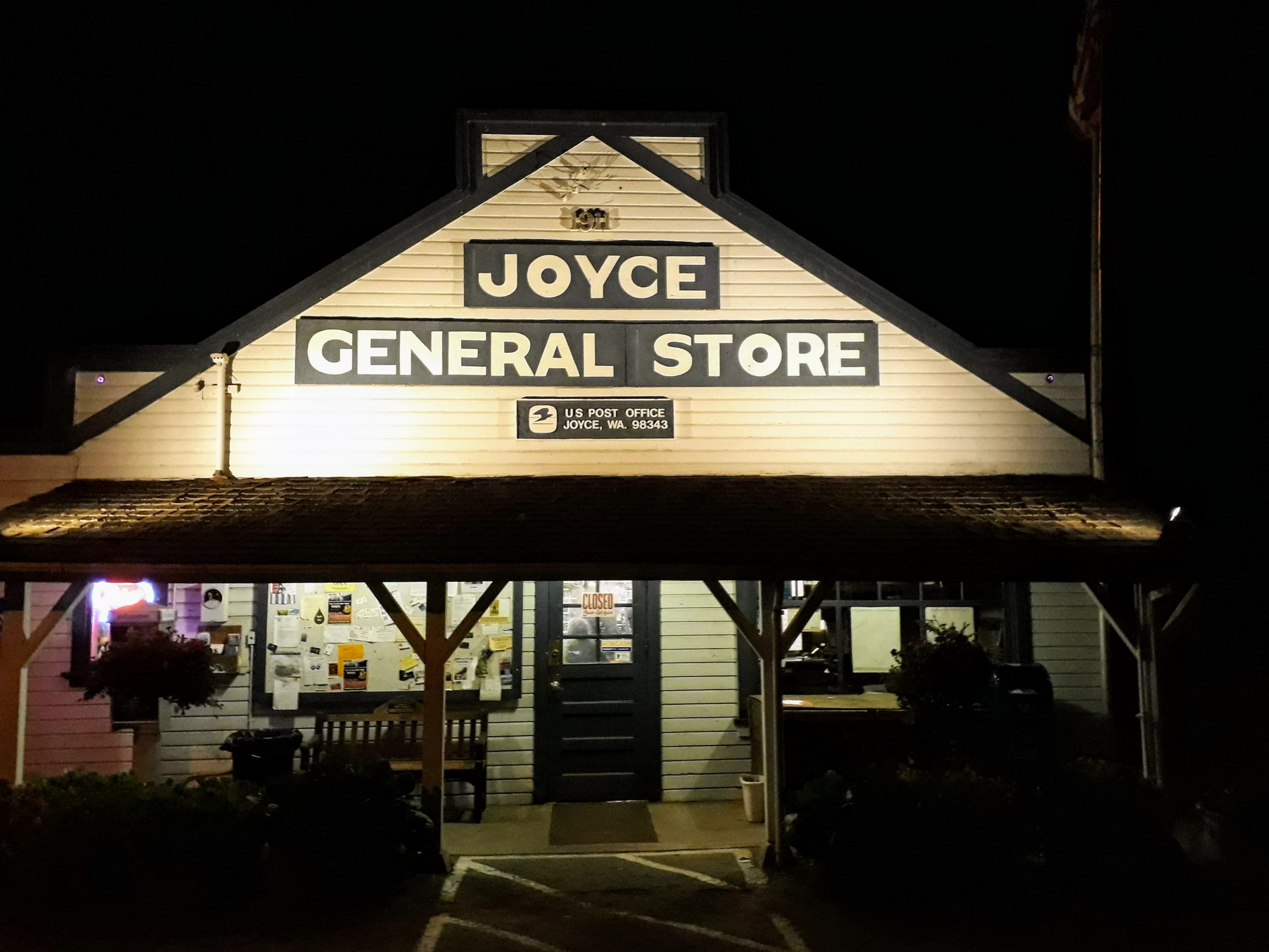 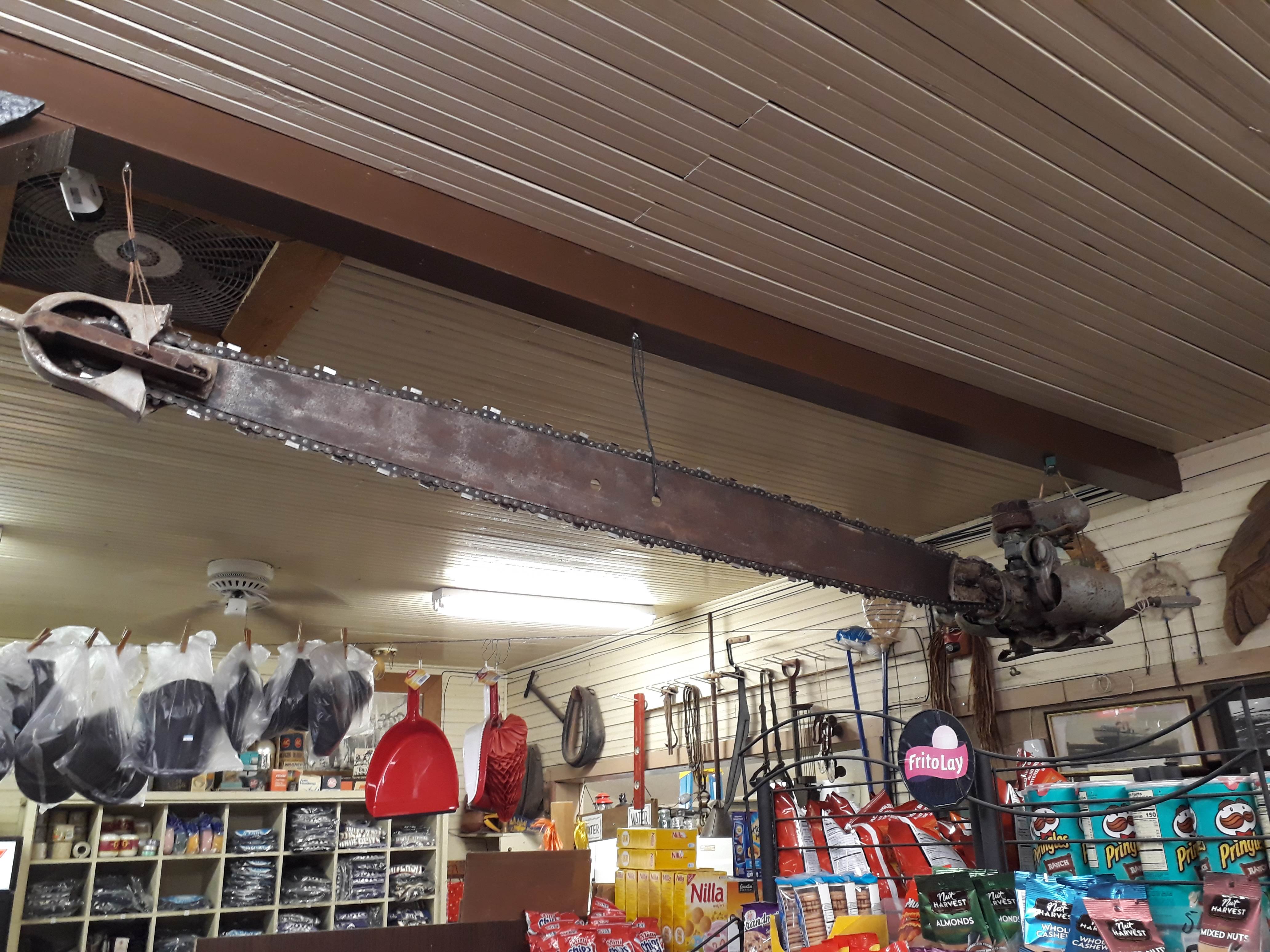 A Huge Power Saw In The Joyce General Store