I want to share with you the day I realised that I can do anything when I put my mind to it.

The one overpowering memory of trekking to Everest Base Camp I have is the day we left the main trail and joined a side trail to traverse a mountain to get to our next overnight stop.

It had been snowing heavily the previous night but the weather this day was bright and clear as we set out on the trail but by midday the cloud had moved in.

We stopped for a lovely warming lunch at a tea house on the route before the climb that we knew would be coming that afternoon.

As we set out again it was obvious the weather was not improving but we pressed on and began our ascent up the steep trail and away from the village.

As we followed the trail up and up it got narrower and narrower until it was just a small ledge hanging to the side of the mountain. 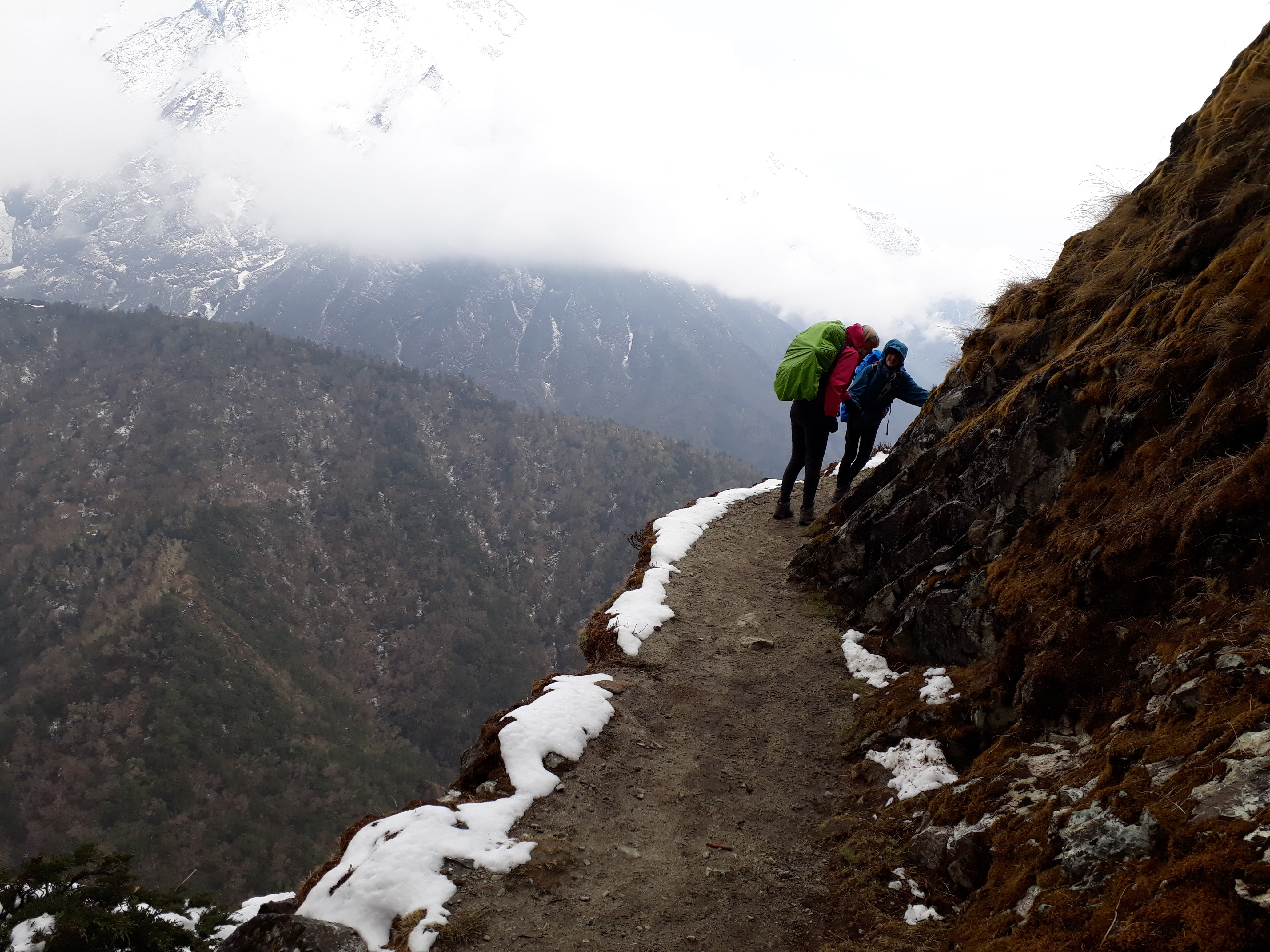 The Trail Was Pretty Exposed

The cloud was rising from the valley floor and blocked the view of what I could feel was a huge gaping drop to my left as I tried to hug the mountainside as close as I could.

Snow started to fall as my fear grew and however hard I tried I couldn’t get that feeling out of my head.

Stuart began to get worried about the weather and suggested we turn around, but for the distance, I had come the last thing I was going to do was turn back.

All I could think about was that huge drop to my left that I knew was there even through the blanket of cloud.

I pressed on, gripping the solid rock to my right as I went.

The snow at last stopped and we knew we weren’t in danger from that any longer but as the cloud cleared, that drop to my left also cleared and the huge abyss showed itself and was even worse than I had imagined.

By now I was panicking, I didn’t want to continue but I couldn’t go back either, the tears flowed as I felt trapped.

Stuart and Annabel tried to calm me to no avail, this was a living nightmare

I began chanting “I can do this” over and over in my head as I placed one foot in front of the other, placing my hand against the rock to my right. 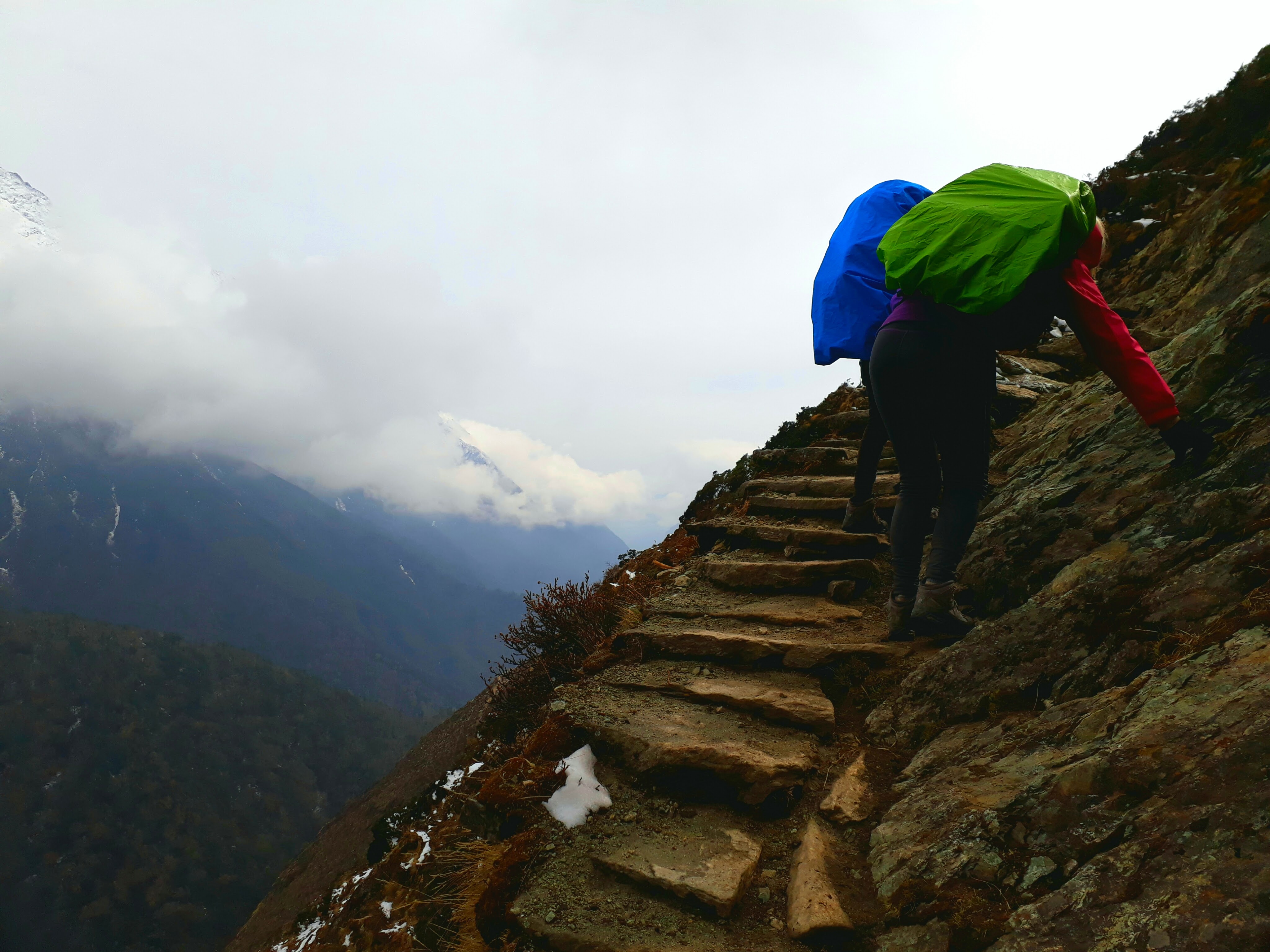 Up And Up We Trekked

The views opened up as I could see the trail in the distance winding its way around the mountainside.

Annabel took my hand and lead me forward as I chanted over and over.

My emotions were so strong, fear, anger, sadness, helplessness all arose in me but I continued.

After three hours of being on this terrifying trail, we finally came to a village and the end of the ordeal.

I was so relieved but also very proud of myself for completing one of the hardest challenges I have ever faced.

Sometimes you’ll find life lessons in the strangest of circumstances when you discover hidden strengths deep within you.

My lesson was definitely that I am capable of so much more than I sometimes give myself credit for and that I can do anything if I put my mind to it. 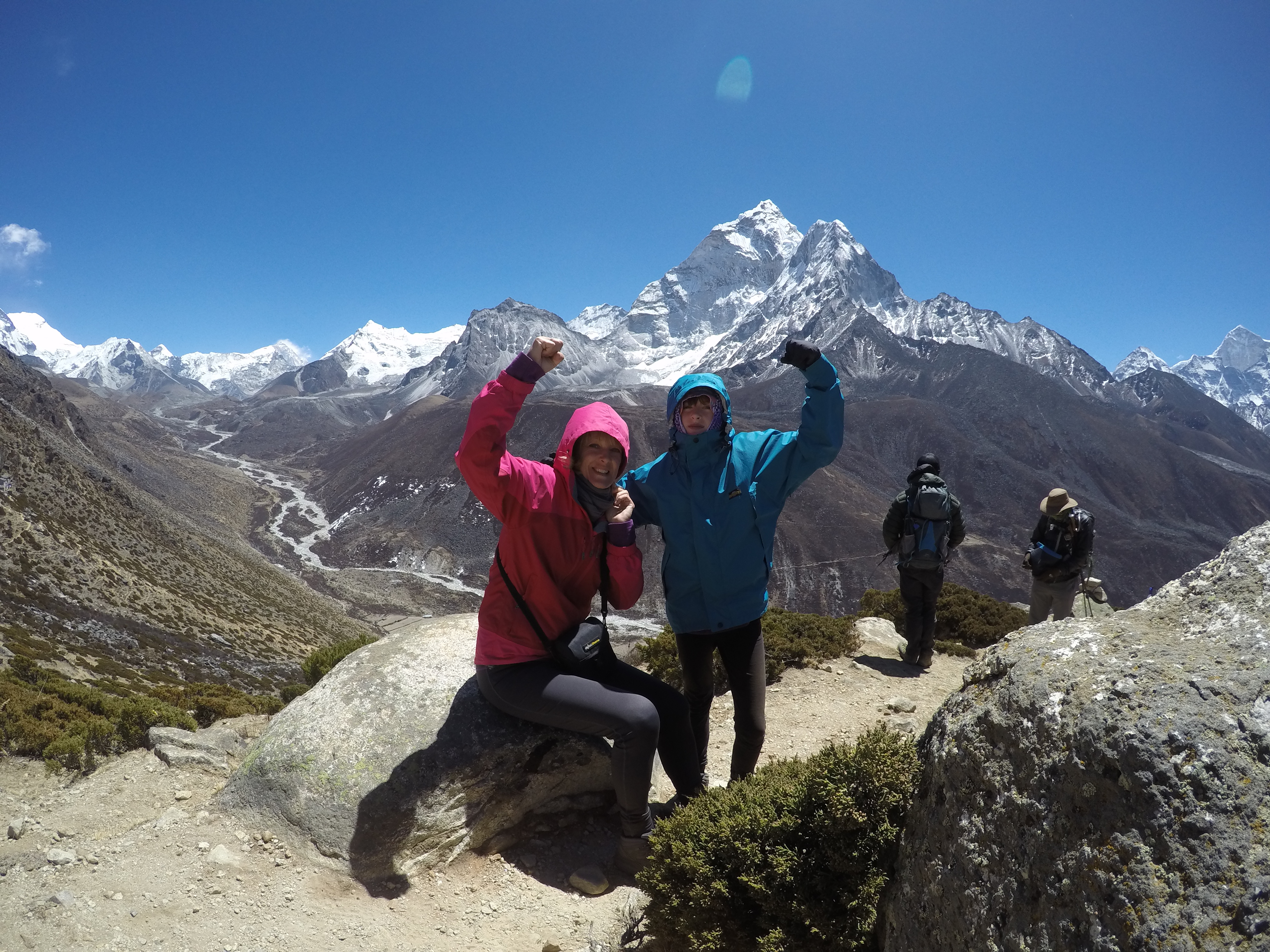 You Can Discover More About Our Travel Lifestyle Here